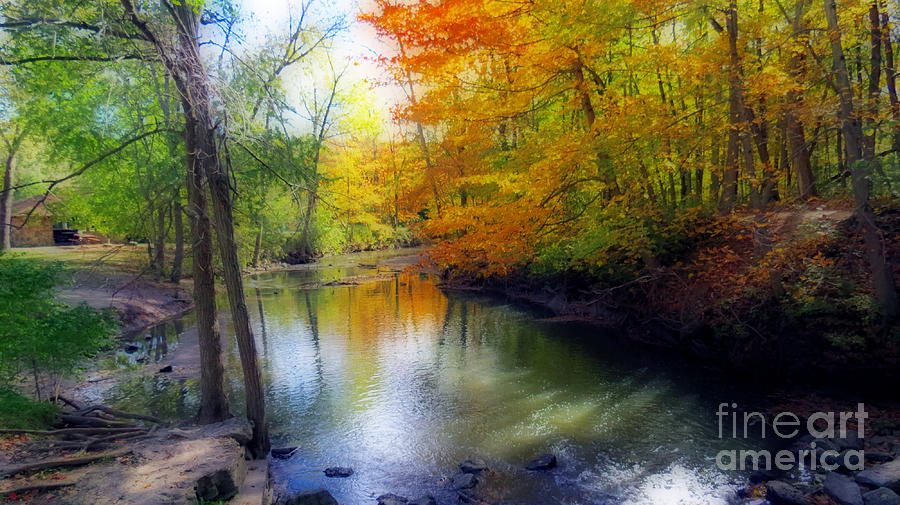 One of the top finishers in "Office ART Decor", contest!

Autumn, interchangeably known as fall in North America, is one of the four temperate seasons. Autumn marks the transition from summer into winter, in September (Northern Hemisphere) or March (Southern Hemisphere), when the arrival of night becomes noticeably earlier and the temperature cools considerably. One of its main features is the shedding of leaves from deciduous trees.

In North America, autumn is usually considered to start with the September equinox and end with the winter solstice (21 or 22 December). In traditional East Asian solar term, autumn starts on or around 8 August and ends on or about 7 November. In Ireland, the autumn months according to the national meteorological service, Met are September, October and November. However, according to the Irish Calendar, which is based on ancient Gaelic traditions, autumn lasts throughout the months of August, September and October, or possibly a few days later, depending on tradition. In Australia and New Zealand, autumn officially begins on 1 March and ends on 31 May.

Association with the transition from warm to cold weather, and its related status as the season of the primary harvest, has dominated its themes and popular images. In Western cultures, personifications of autumn are usually pretty, well-fed females adorned with fruits, vegetables and grains that ripen at this time. Many cultures feature autumnal harvest festivals, often the most important on their calendars. Still extant echoes of these celebrations are found in the autumn Thanksgiving holiday of the United States and Canada, and the Jewish Sukkot holiday with its roots as a full-moon harvest festival of "tabernacles" (living in outdoor huts around the time of harvest).[citation needed] There are also the many North American Indian festivals tied to harvest of autumnally ripe foods gathered in the wild, the Chinese Mid-Autumn or Moon festival, and many others. The predominant mood of these autumnal celebrations is a gladness for the fruits of the earth mixed with a certain melancholy linked to the imminent arrival of harsh weather.

This view is presented in English poet John Keats' poem To Autumn, where he describes the season as a time of bounteous fecundity, a time of 'mellow fruitfulness'.

While most foods are harvested during the autumn, foods particularly associated with the season include pumpkins (which are integral parts of both Thanksgiving and Halloween) and apples, which are used to make the seasonal beverage apple cider.

Thanks so much, VIVA!

Congratulations on your WIN, Kay, this is an absolutely marvelous capture! l/f/t

Belated congratulations on your much-deserved win. :) This is gorgeous! L/F

Thanks so much, Lori!

Visiting my watchlist favorites...I may have tipped this beauty to the 200th view! Congratulations!

Thanks so much, Joyce!

Judy, "USA Photographers Only" group, thanks so much for the homepage feature!

Janis, "Just Perfect" group, thanks so much for the homepage feature!

Congratulations Kay, your work is Featured in "Photographic Camera Art" I invite you to place it in the group's "2018 Featured Image Archive" Discussion!! L/Tweet

Thanks so much, Don! Honored to be featured in "Photographic Camera Art" group! Tweeted the group..

Thanks so very much, Richard!

Thanks so much, Barbara!

Congratulations! This fantastic art work is featured on the home page of Over 2000 Views. LF.

Thank you, Johanna! Honored to be featured on the homepage of "Over 2000 Views" group!

Thanks so much, Jasna!

Thanks so much, Alan!

Jannice, "Monthly Themed-August-Water" group, thanks so much for the homepage feature!

So lovely a fave

Fabulous colors, Love the shadows and light as it pours through. F/L

A wood print is perfect for this!

Thanks so much, Johanna.

Beautiful mat and frame, Terry! I put it up on my Pinterest site...

Thanks so much, Malanda.