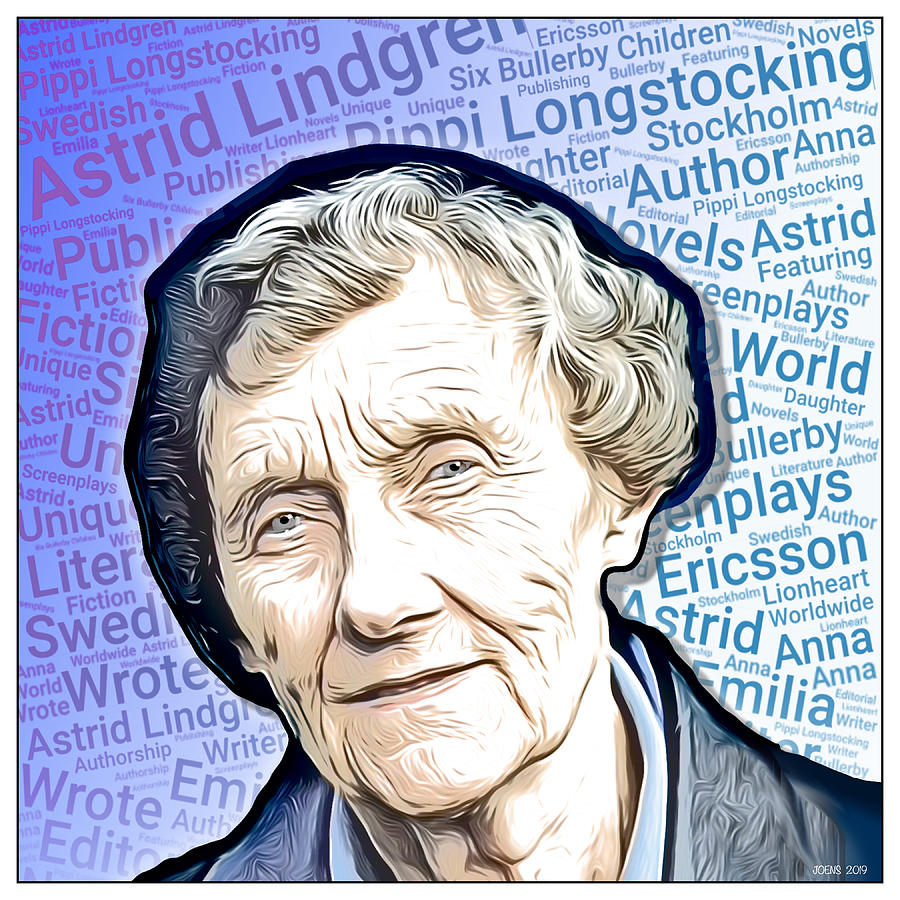 Astrid Anna Emilia Lindgren 14 November 1907 – 28 January 2002 was a Swedish writer of fiction and screenplays. She is best known for several children's book series, featuring Pippi Longstocking, Emil i Lönneberga, Karlsson-on-the-Roof, and the Six Bullerby Children (Children of Noisy Village in the US), and for the children's fantasy novels Mio, My Son, Ronia the Robber's Daughter, and The Brothers Lionheart. Lindgren worked on the Children's Literature Editorial Board at the Rabén & Sjögren publishing house in Stockholm and wrote more than 30 books for children. In January 2017, she was calculated to be the world's 18th most translated author, and the fourth most translated children's writer after Enid Blyton, Hans Christian Andersen and the Brothers Grimm. Lindgren has so far sold roughly 165 million books worldwide. In 1994, she was awarded the Right Livelihood Award for "her unique authorship dedicated to the rights of children and respect for their individuality."