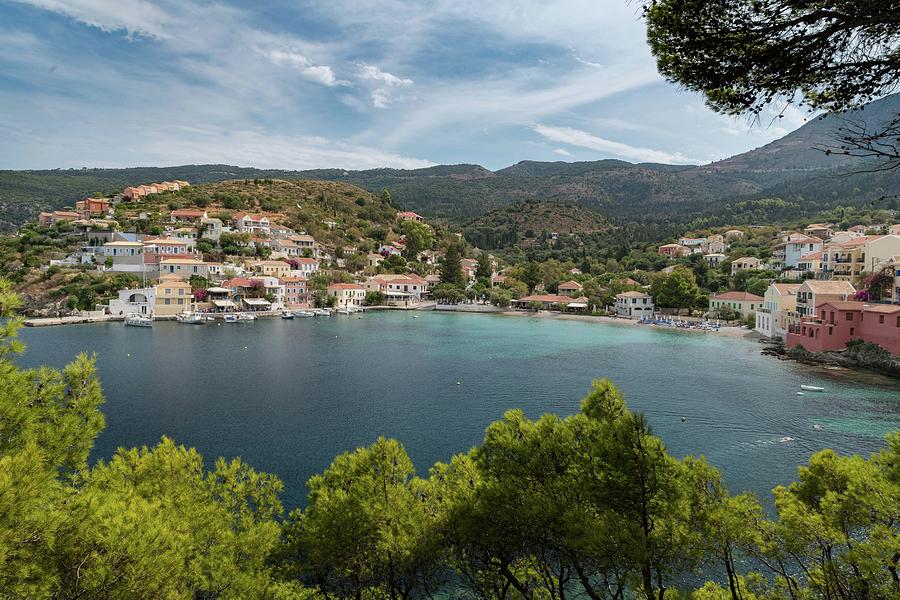 Breathtaking views over the charming village of Assos in northern Kefalonia. Assos is situated on the bay adjoining the isthmus where a Venetian Castle exists. The castle became the capital of northern Cephalonia as a large fort with a small settlement inside.

The village retains its simple original traditional Ionian architecture, thanks to the French who came to the aid of the people to rebuild their houses after the 1953 earthquakes. The square is dedicated to the French people and is known as Paris Square with a commemorative plaque dedicated to them.

Kefalonia is a Greek Island in the Ionian Sea on the west side of mainland Greece.

Doug, thank you for the feature in the Water Forms group!