Aspens In The Fall 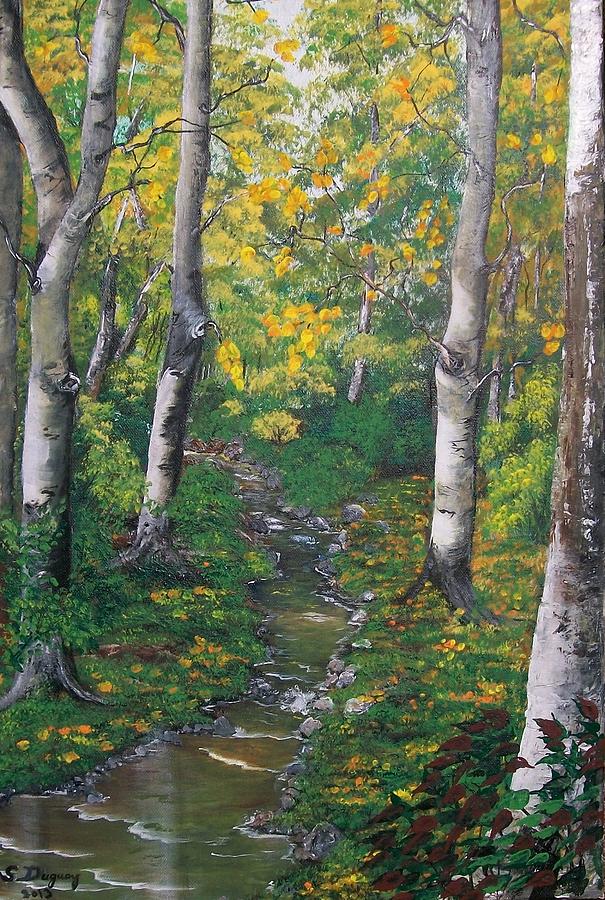 Aspens In The Fall

The aspens are all native to cold regions with cool summers, in the north of the Northern Hemisphere, extending south at high altitudes in the mountains. They are all medium-sized deciduous trees reaching 15�30 m
(49�98 ft) tall. Panel three of a triptych

All of the aspens typically grow in large clonal colonies, derived from a single seedling, and spread by means of root suckers; new stems in the colony may appear at up to 30�40 m (98�130 ft) from the parent tree. Each individual tree can live for 40�150 years above ground, but the root system of the colony is long-lived. In some cases, this is for thousands of years, sending up new trunks as the older trunks die off above ground. For this reason, it is considered to be an indicator of ancient woodlands. One such colony in Utah, given the nickname of "Pando", is estimated to be 80,000 years old,[2] making it possibly the oldest living colony of aspens. Some aspen colonies become very large with time, spreading about 1 m (3.3 ft) per year, eventually covering many hectares. They are able to survive forest fires, because the roots are below the heat of the fire, with new sprouts growing after the fire burns out.

Aspens do not thrive in the shade, and it is difficult for seedlings to grow in an already mature aspen stand. Fire indirectly benefits aspen trees, since it allows the saplings to flourish in open sunlight in the burned landscape. Lately, aspens have an increased popularity in forestry, mostly because of their fast growth rate and ability to regenerate from sprouts, making the reforestation after harvesting much cheaper, since no planting or sowing is required.

In contrast with many trees, aspen bark is base-rich,[clarification needed] meaning aspens are important hosts for bryophytes[3] and act as food plants for the larvae of butterfly (Lepidoptera) species�see List of Lepidoptera that feed on poplars.

Young aspen bark is an important seasonal forage for the European hare and other animals in early spring. Aspen is also a tree of choice of the European beaver.

Congratulations on your feature in the Fine Art America Group "Images That Excite You!" Sharing on FB.

many thanks for the feature John

thank you so much for the feature Randy

Beautifully composed painting - love the realism coupled with the texture of the paint on canvas - such a feeling of calm and peace.

Thank you so much Marianne

Back for a another look at this wonderful painting

I love the Aspens in the mountains; especially when they change color to golden yellow! This is a gorgeous painting!

Thanks Debra I also love them in the fall

Such an inviting scene, beautiful artwork

This is a stunning creation! Love the stream leading me through the grove!

Thank you so much Silvio