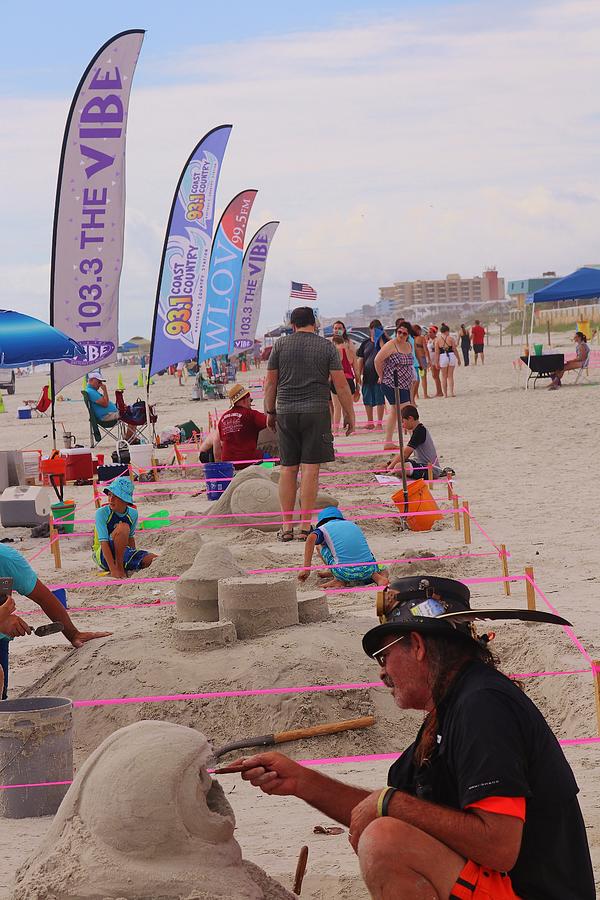 New Smyrna Beach is a city in Florida located on the central east coast of the state, with the Atlantic Ocean to the east. Its population was estimated to be 23,230 in 2013 by the United States Census Bureau. The downtown section of the city is located on the west side of the Indian River and the Indian River Lagoon system. The Coronado Beach Bridge (North Causeway) crosses the Intracoastal Waterway just south of Ponce de Leon Inlet, connecting the mainland with the beach on the coastal barrier island.
The surrounding area offers many opportunities for outdoor recreation: these include fishing, sailing, motorboating, golfing and hiking. Visitors participate in water sports of all kinds, including swimming, scuba diving, kitesurfing, and surfing. In July 2009, New Smyrna Beach was ranked number nine on the list of "best surf towns" in Surfer magazine. It was recognized as "one of the world's top 20 surf towns" by National Geographic in 2012. Also, this is one of very few places in the United States that still allows driving on the beach. A stretch of about 30 miles at the present time but even that is slowly being whittled away!!!
Each year the sand castle contest shows off its many varieties of sand art, both big and small on the beach off of Flagler Ave.

Thank you all for the kind comments....

This is wonderful, I love it

Thank you Marcia.....a reminder of what the beaches were like before the pandemic....

Thank you very much Dianne for the feature in the Scenes From a Beach group.....it is greatly appreciated

We happen to be moving an hour away from New Smyrna Beach next week! Love this beach scene! l/f

Love all the artist's ages! Tells an in the moment story!