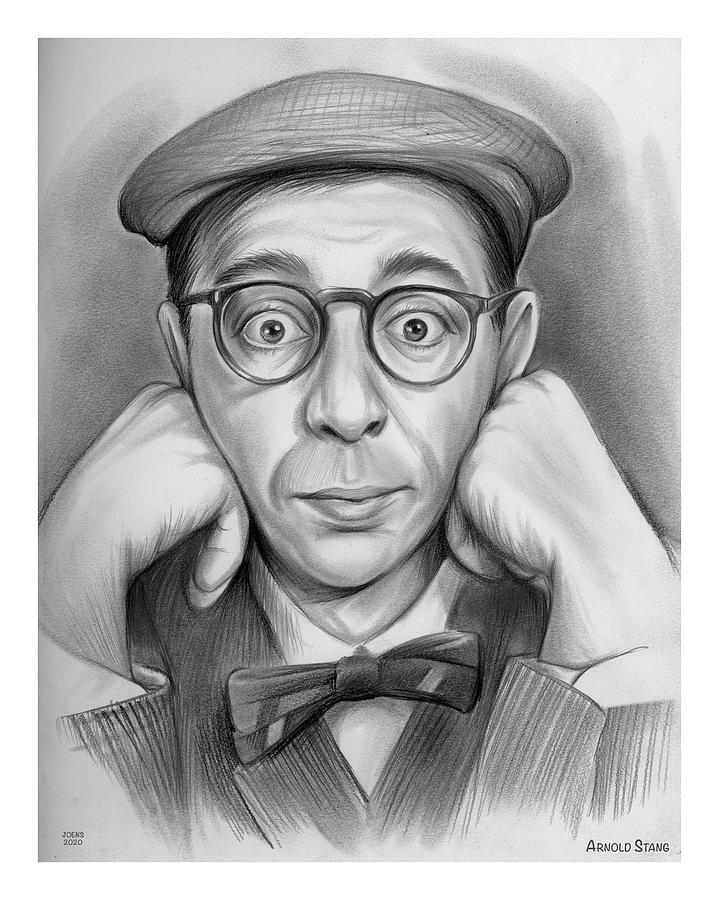 Arnold Stang (September 28, 1918 – December 20, 2009) was an American comic actor, and voice actor, whose comic persona was a small and bespectacled, yet brash and knowing big-city type.

Stang once claimed he gained his break in radio by sending a postcard to a New York station requesting an audition, was accepted, and then bought his own ticket to New York from Chelsea, Massachusetts, with the money set aside for his mother's anniversary gift. True or not, Stang worked on New York–based network radio shows as a boy, appearing on children's programs such as The Horn and Hardart Children's Hour and Let's Pretend.

By 1940, he had graduated to teenaged roles, appearing as Seymour on The Goldbergs. Director Don Bernard hired him in October 1941 to do the commercials on the CBS program Meet Mr. Meek but decided his constantly cracking voice would hurt the commercial so he ordered scriptwriters to come up with a role for him. He next appeared on the summer replacement show The Remarkable Miss Tuttle with Edna May Oliver in 1942 and replaced Eddie Firestone Jr. in the title role of That Brewster Boy when Firestone joined the U.S. Marine Corps in 1943.

Comedian Henry Morgan made him a sidekick on his program in fall of 1946 and Stang appeared in similar roles the following year on radio shows with Eddie Cantor and Milton Berle. He also did the voice of Jughead for a short while on the Archie Andrews radio show when it was broadcast by NBC.

At this time Stang had appeared in a number of movies, including Seven Days Leave, My Sister Eileen, So This Is New York with Henry Morgan, and They Got Me Covered. He had also appeared on the Broadway stage in Sailor Beware, All In Favor and Same Time Next Week, where he first worked with Berle.