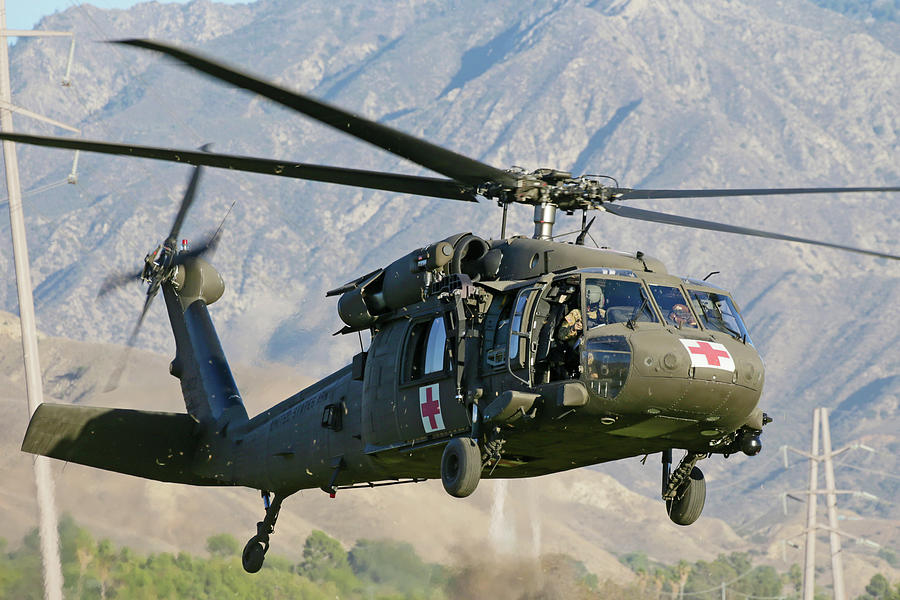 The Black Hawk UH/HH-60 is the Army’s utility tactical transport helicopter. It provides air assault, general support, aeromedical evacuation, command and control, and special operations support to combat, stability and support operations. This versatile Black Hawk helicopter has enhanced the Army’s overall mobility due to dramatic improvement in troop and cargo lift capacity. It will serve as the Army’s utility helicopter in the Future Force. There are multiple versions of the UH-60 Black Hawk, including the UH-60M and the UH-60V.

Takes me back to Air Force days. Great capture.

What a cool picture!!

Fabulous! What an awesome shot!

Excellent close up action shot, quite exciting to see in flight LF