Are You My Mom??? Baby Robin Out Of The Nest 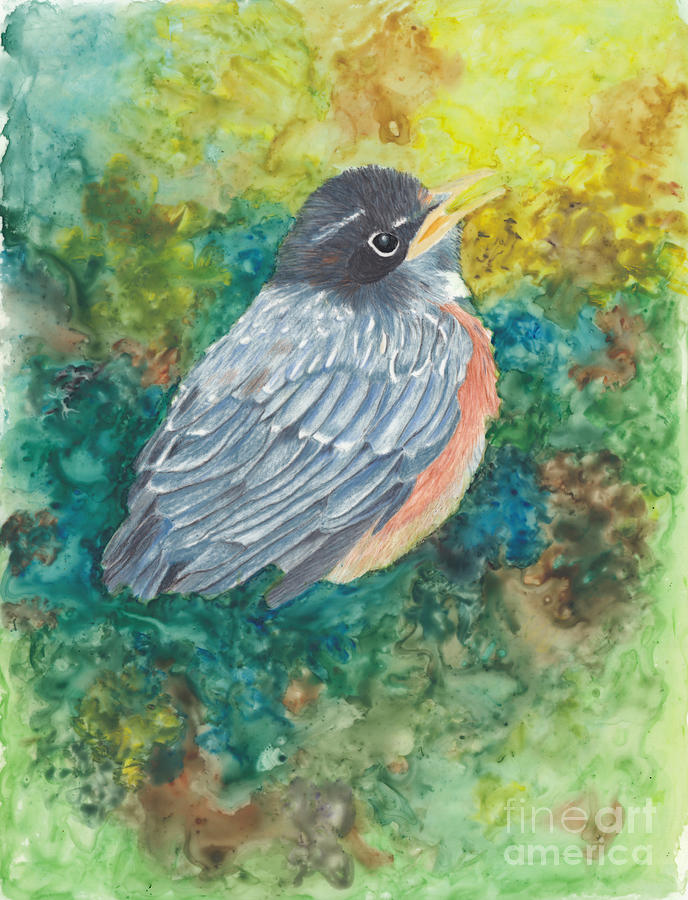 Are You My Mom??? Baby Robin Out Of The Nest

This tiny baby robin is a fledgling that should still be in the nest. His flight feathers and tail are not developed enough to allow him to do more than short hops trying to fly, so we have to hope that he is careful about who he approaches for food!

When I was a really little girl, I loved to climb trees. I was climbing an apple tree at a neighbor's house one time and found a robin's nest with two hatchlings in it. One was somewhat older than the other, and had more feathers coming out; the other was pretty newly hatched. Against ALL warnings from my mother about leaving baby birds in nests if I found any, I just could not resist this tiny feathered creature, so I took him (I was five at most, so completely self-focused). I lied my socks off to my mother about how he was abandoned. I know she did not believe me, but there was nothing to do but to try to feed and protect this little kidnap victim.

We raised him on canned dog food, and when he was fledged a little more than the one in my drawing, I was told to keep him exercising his wings by boosting him gently into the air and letting him flap and glide to the ground. After not too much time, he did learn to fly. He then perched in a tree in our yard and waited for me to come outside with dog food. He'd fly down onto the porch railing and get some goodies. Gradually, we weaned him off of depending on us by giving him less and less food each day, forcing him to find his own. He was successful, and came back to our house for several summers - he would announce his arrival by flying down to the porch railing when I came out the back door and chirping at me. He never again had let me handle him, but that was OK! I was just happy that he had survived, because I would have been chewed out by my mother if he hadn't!

I found the reference photo I used on PMP-Art.com:
https://pmp-art.com/rosalind-amorin/gallery/66726/baby-robin-canadian

Thanks, Sarah, I really appreciate your support as I learn to work with colored pencils!

Thanks so much, Brian, I appreciate your wonderful comment!

Conni, what a superb portrait of this sweet bird ~ love the gorgeous colors and details! And a lovely description from the heart to go with this magnificent image that is so adorable and beautiful! F/L

Thanks to the group Midwest America Artists for the feature on 8/14/2020!

Thanks so much for the feature, Robyn! Greatly appreciated . . .

Congratulations your beautiful work is being featured in the World We See:-)

Thank you, Laurel, so exciting to have my "beginner" work featured!

Conni, CONGRATULATIONS on your Homepage Feature in Created by my Pencil Power group...YAY!

Lana, thanks so much for the feature! I really appreciate it!

Congratulations! It is my great pleasure to FEATURE your artwork on the homepage of Passion for Drawing group.

Beautiful artwork and story Conni. One day in 2007 autumn I hear a bird singing, I approach and see that it is an American robin which cannot fly, so I take it in my hands I look at it and it was nothing, I throw it in the air and suddenly it flies away, my joy was great to see it fly away. L/F

Thank you so much, David, I appreciate the feature!

You are too kind - I'm sure there was an aspect of that little nature lover there, as that has remained with me my whole life. But there was also a naughty little girl who just wanted her own way! Thanks, Laurel, you're a great, encouraging friend!

LOVE your paintings ALL, CONNI...v...best to you...what I MOST love about this painting is that you rendered this IN REAL TIME for this tribute to Jason!...THAT makes it even more special an entry to me. Beautiful! I see in your backstory a little girl whose love for Nature and life made her defy the odds to love it!...nope, I don’t see a brat...I see a heArt in process..:-)

Thanks, Laurel - now you're getting a glimpse of what a little brat I was! LOL!

Conni what an amazing backstory to a beautifully painted Colour Pencil portrait! What jumps out at me is the level of painstaking strokes in both the feathering and background grass cover!! What amazing work! LF