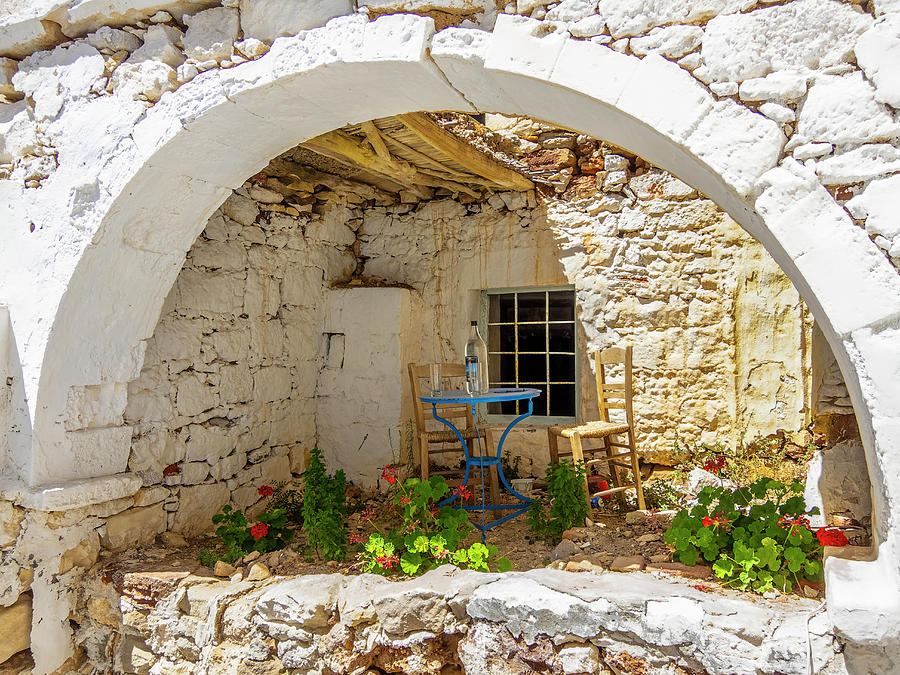 A couple of chairs and a bottle of Ouzo on the small round table under an old arched terrace, are waiting for the casual passerby, searching for a relaxing corner. Kimolos is an island with rich history records. According to tradition, it is named after Kimolos, the very first resident of the island. Echinousa is also a recorded name of the island during the ancient times, probably because of the snake Echidna (viper), being common even today on the island. Since the ancient era, it has been a battlefield between Ancient Athens, the ruler of the island, and Sparta, the ruler of Milos. Since those times, the rocky lands of the southern coast provided Kimolia Gi-Kimolian Earth, a valuable trade good, which made the island a major trade hub. Ottoman Empire ruled the island until 1829, when the newborn Greek state annexed it along with the rest of Cyclades.

True, it's a unique experience being there.

Wonderful image! I'd love to be sitting there drinking Ouzo right now... L/F

Me too! Thank you, my friend.

Fantastic find and love the colors. Beautiful to look at, wonder what the Ouzo drinkers are looking at...:)

Thank you, when you drink Ouzo everything became blurry, so it doesn't really matter! :-D

Dimitros, let me be the first before many. This is so inviting, I mean that, I know what it means to have your life simplified and enjoy it at the same time. Ouzo, yes I tried it once and watch a whole boat-load of Artists talk the captain into raising the sail when there was no wind, but they made our trip so enjoyable, just like all of the Greek people on every island!! Wonderful!!!, all with natural composition, lighting and those ever-present stones found on every island!!! :D

Thank you Mary, each island is a pearl of the Aegean "necklace"...