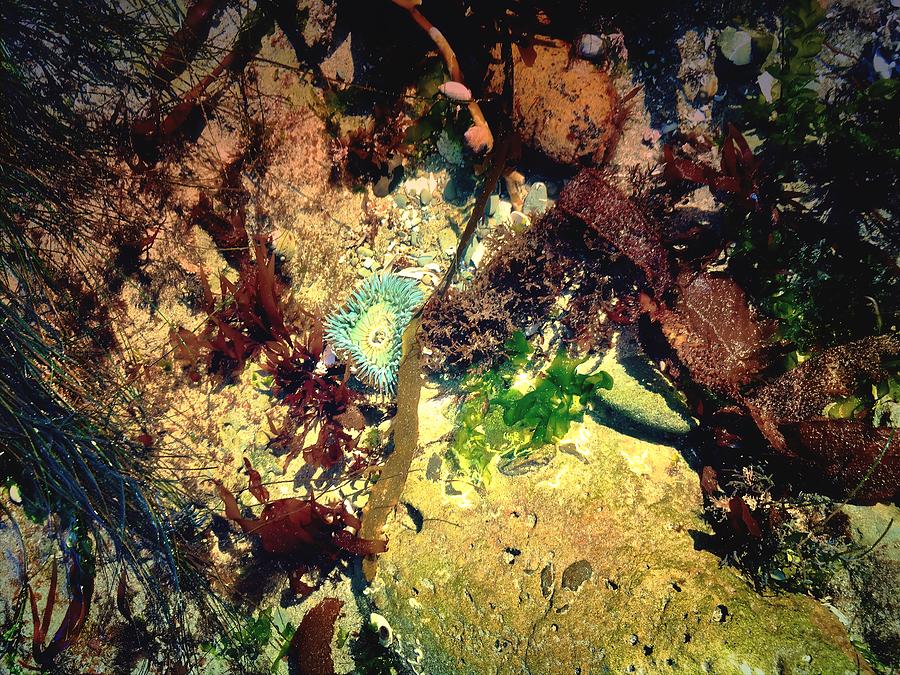 Pretty aqua sea anemone revealed among the kelp on Santa Cruz on the Central California coast during a minus tide. Sea anemones are a group of marine, predatory animals of the order Actiniaria. They are named after the anemone, a terrestrial flowering plant, because of the colourful appearance of many. Sea anemones are classified in the phylum Cnidaria, class Anthozoa, subclass Hexacorallia.