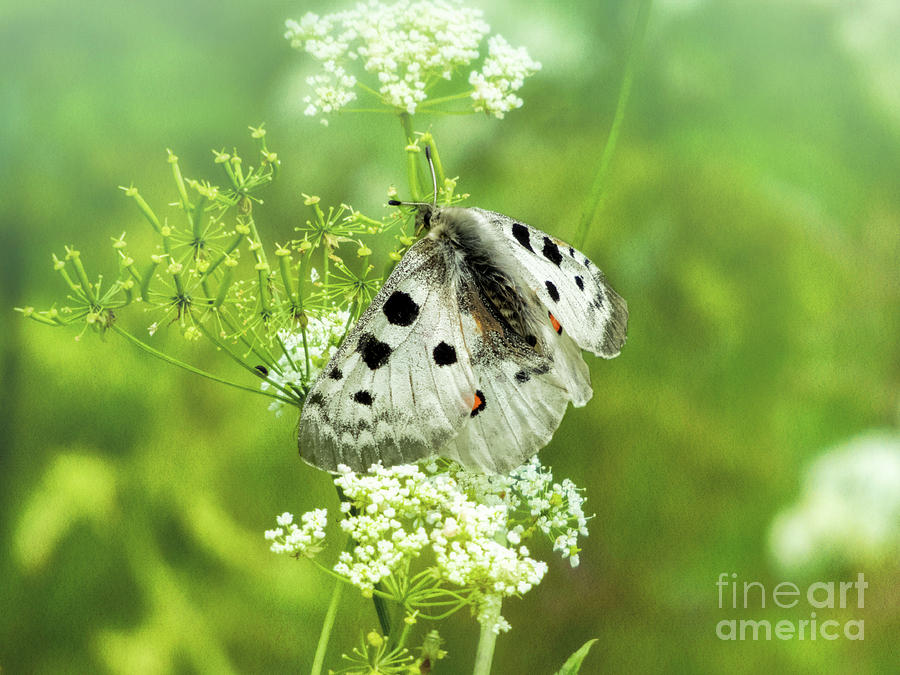 Thank you for viewing my artwork! This is the Parnassius apollo frankenbergeri found in the Pieniny Mountains in southern Poland.

Note: If an image has the FAA watermark in the lower right hand corner it will NOT appear on any print you purchase

During the last century, the decline of the apollo butterfly in the Pieniny mountains has been observed. This decline is attributed to environmental pollution, shrinkage of the area of open habitats inhabited by the species (as a result of introducing new, more expansive varieties of spruce in the area of Pieniny mountains), genetic erosion affecting small populations, and decimating this butterfly by collectors. The programme of the reintroduction of the apollo butterfly in the Pieniny National Park includes three main areas of activity: captive breeding of specimens to reinforce wild populations, preparation of habitats once inhabited by the apollo butterfly, including the removal of trees and shrubs and implanting the host plant, and research work. This was concerned with the ecology and dynamics of wild and reintroduced populations of the apollo butterfly, description of the decline process and explanation of its causal factors, and evaluation of the state of their habitat with special regard to the abundance and ecology of their host plant - Sedum maximum The five-years' reintroduction work has resulted in the triple growth of the native population inhabiting the massive of Trzy Korony (from c. 20 in 1991 to c. 60 in 1995); moreover, butterflies raised in captivity were released in four new, reconstructed localities. In 1995 migrations of specimens between all but one localities were observed.

Parnassius apollo (Lepidoptera, Papilionidae) is considered to be typical stenophagous species. Its European forms fall generally into 'telephiophagous' or 'albophagous' trophic groups. According to some authors, 'telephiophagous' P. apollo ssp. frankenbergeri SLABY, inhabiting the Pieniny Mts, has a rather broad spectrum of food-plants.

All artworks are originals by the artist and as such are protected by Us and International Copyright Laws. All rights reserved.

FEATURED in the following groups:

Wow! What a wonderful macro! Love it!

Very beautiful capture of this lovely butterfly in a beautiful setting. L/F

Gorgeous capture, love the soft green background in this one! fav

Beautiful close up photograph of a Parnassius apollo butterfly in Poland, with great colors, clarity, pose, and composition, Kasia! F/L