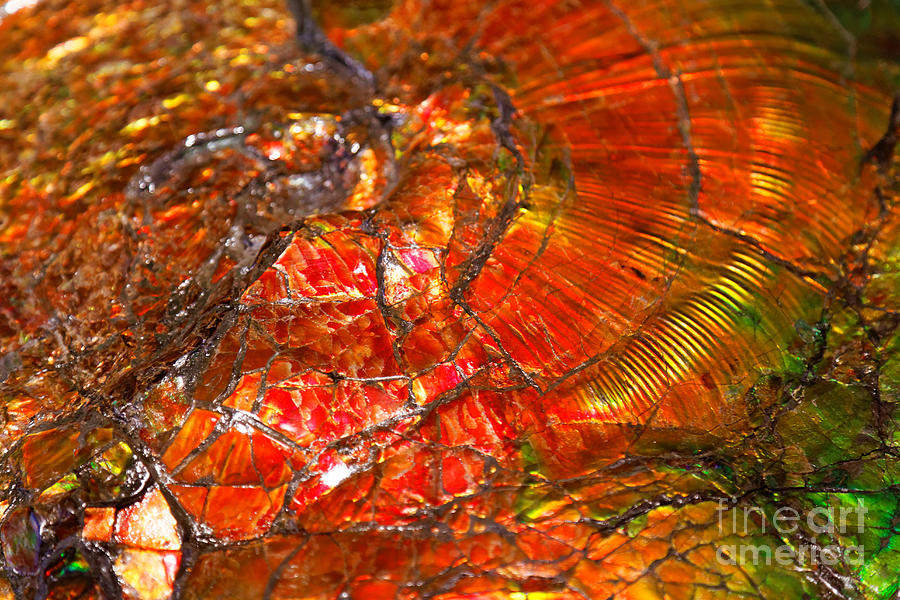 Ammolite is a very rare form of ammonite. Ammolite is an opal-like organic gemstone found primarily along the eastern slopes of the Rocky Mountains of North America. It is made of the fossilized shells of ammonites, which in turn are composed primarily of aragonite, the same mineral contained in nacre, with a microstructure inherited from the shell. It is one of few biogenic gemstones; others include amber and pearl.1 In 1981, ammolite was given official gemstone status by the World Jewellery Confederation (CIBJO), the same year commercial mining of ammolite began. It was designated the official gemstone of the City of Lethbridge, Alberta in 2007.