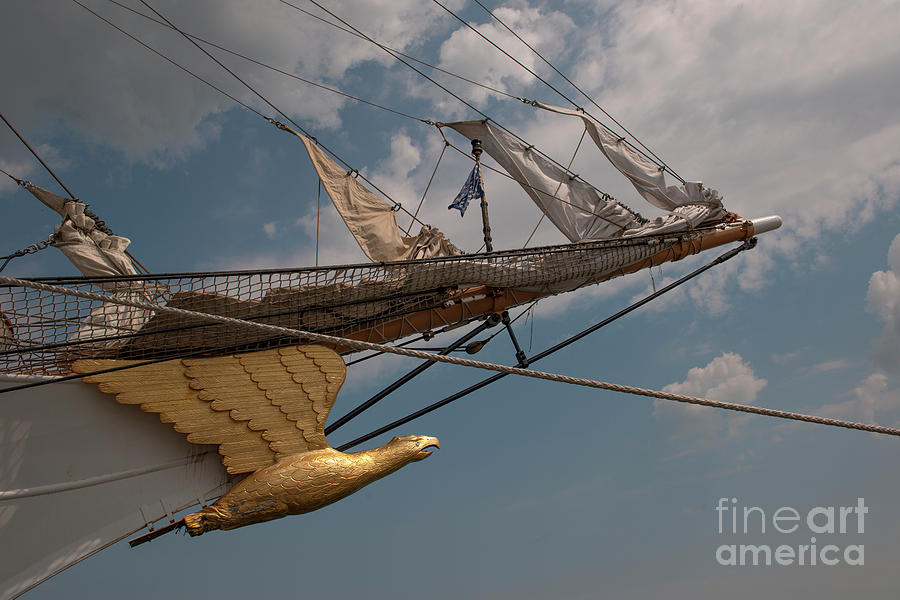 USCGC Eagle (WIX-327 (formerly Horst Wessel) is a 295-foot (90 m) barque used as a training cutter for future officers of the United States Coast Guard. She is the only active commissioned sailing vessel in American military service, and one of only two commissioned sailing vessels, along with USS Constitution. She is the seventh Coast Guard cutter to bear the name in a line dating back to 1792, including the Revenue Cutter Eagle,[1] which famously fought the British man-of-war Dispatch during the War of 1812.

Each summer, Eagle deploys with cadets from the United States Coast Guard Academy and candidates from the Officer Candidate School for periods ranging from a week to two months. These voyages fulfill multiple roles. The primary mission is training the cadets and officer candidates, but the ship also performs a public relations role for the Coast Guard and the United States. Often, Eagle makes calls at foreign ports as a goodwill ambassador.

The ship was built as the German sail training ship Horst Wessel in 1936; it served to train German sailors in sail techniques until decommissioned at the start of World War II. The vessel was given anti-aircraft armament and re-commissioned in 1942. At the end of the war, Horst Wessel was taken by the U.S. as war reparations