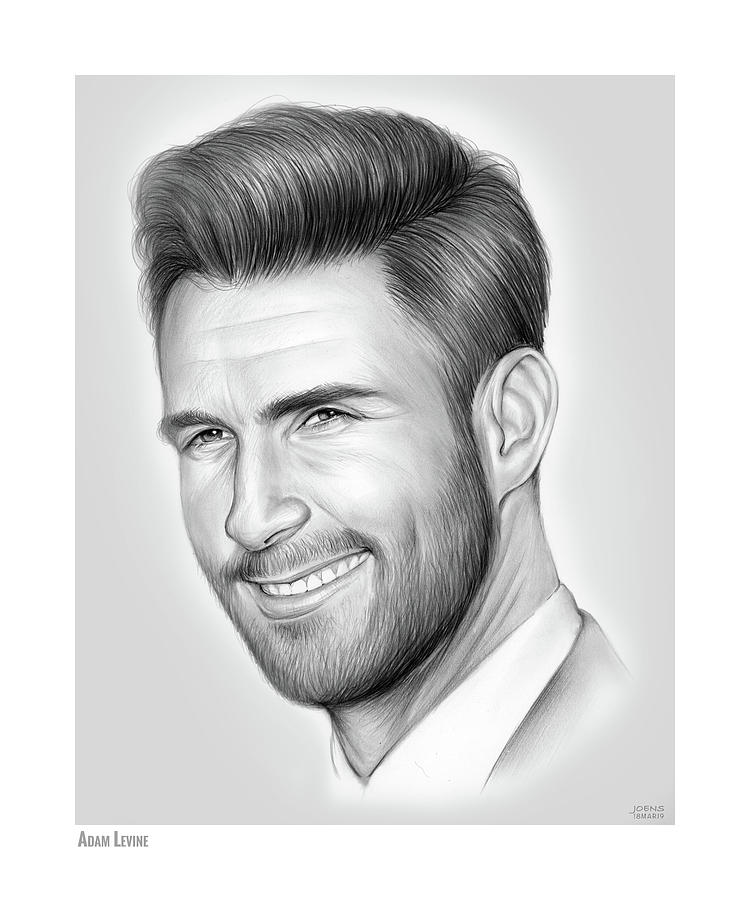 Adam Noah Levine (born March 18, 1979) is an American singer-songwriter and actor. He is the lead singer for the pop rock band Maroon 5. Born and raised in Los Angeles, California, Levine began his musical career in 1994, when he co-founded the band Kara's Flowers, of which he was the lead vocalist and guitarist. The band split up after their only album, The Fourth World (released in 1997), which did not gain popularity. In 2001, the group was reformed – with guitarist James Valentine joining the line-up – and began a new musical chapter, changing their name to Maroon 5. In 2002, the band released their first album, Songs About Jane, which went multi-platinum in the US. Since then, they have released five more albums: It Won't Be Soon Before Long (2007), Hands All Over (2010), Overexposed (2012), V (2014), and Red Pill Blues (2017). As part of Maroon 5, Levine has received three Grammy Awards, three American Music Awards, four Billboard Music Awards, an MTV Video Music Award, and a World Music Award.

Since its inception, Levine had been a coach on NBC's reality talent show The Voice, and won three times with a member of his team (seasons 1, 5 and 9). In 2012, Levine made his acting debut as a recurring character in American Horror Story: Asylum for the series' second season. Levine also starred in the films Begin Again (2013) and The Clapper (2017). As an entrepreneur, Levine launched his own eponymous fragrance line in 2013. The same year, he collaborated with K-Mart and ShopYourWay.com to develop his menswear collection. He also owns a record label, 222 Records and a production company 222 Productions. In 2013, The Hollywood Reporter reported that "sources familiar with his many business dealings" estimated Levine would earn more than $35 million that year.