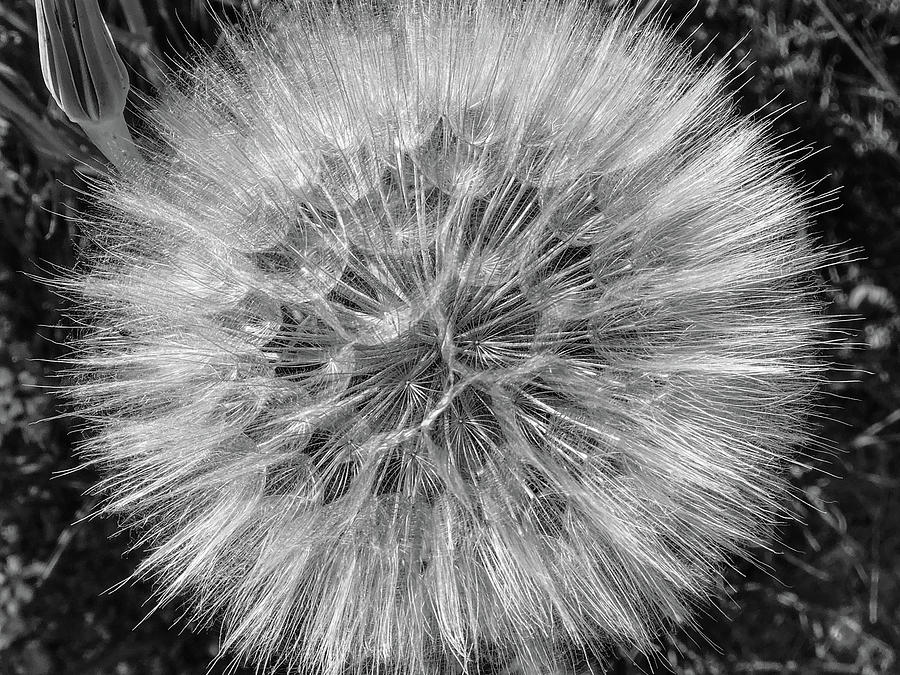 While hIking in Badlands National Park, I came across an everyday weed that captured my attention. Most everyone has looked closely at the common dandelion, scientific name is Taraxacum officinale, and the white seed head it produces. The seed head is called a blowball or dandelion clock. Look deep into the center of this dandelion clock and you may well find yourself mesmerized by the patterns and tiny explosions within the seed head.

I bet you have picked one of these seed heads and blown the seeds into the air. Each blowball contains many single-seeded fruits called achenes. Each achene is attached to a pappus of fine hair-like material which enables wind-aided dispersal over long distances.

The Brittish call the head of a dandelion that has gone to seed a dandelion clock. It's also the name of a game played with such dandelions. A Brittish children's amusement in which the number of puffs needed to blow the filamentous achenes from a dandelion is supposed to tell the time.