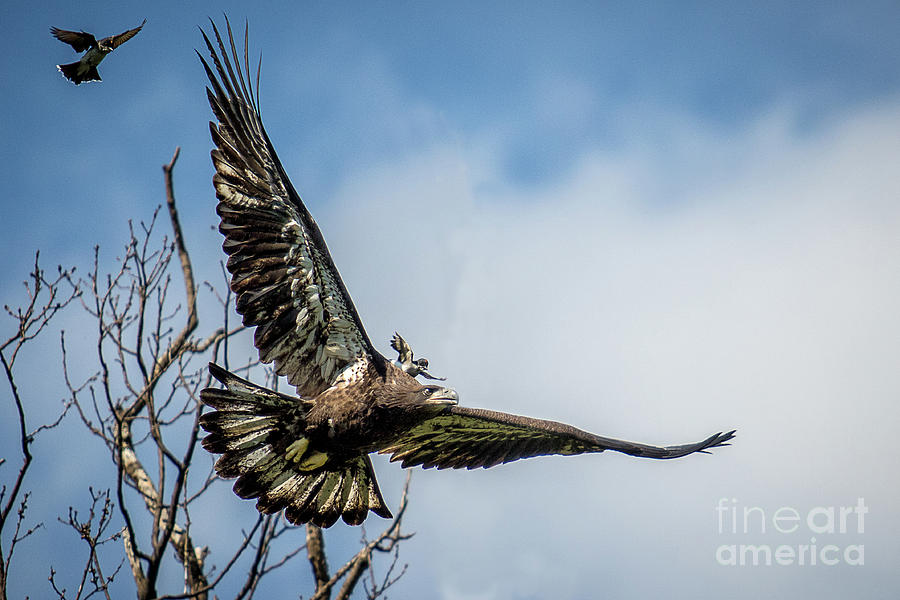 This is a photograph I've taken recently of a 5 month old eaglet who is being harassed as he learned to fly. The eagles (adult or juvenile) do not seem to really bother these brave little songbirds. I'm not entirely sure of their relationship with each other. But, I guess it's like a big guy being harassed by little kids, they can afford to tolerate them.

The North American Bald Eagle is considered the largest bird of prey in the United States. They can see almost a mile away and will fly up to 100 miles in a day searching for food. They are opportunistic, feeding mostly on fish but will also feast on carrion if nothing else is available. In flying, it can reach speeds up to 43 mph. Dive speeds are even faster. Many migrate south during the winter. They are very sensitive about their breeding spots, preferring to be away from disturbances.

Watermark will NOT appear on purchased products.

Thanks so much, Joan. I appreciate the comment and visit.

Thanks so much,, Heather for your kind words and support.