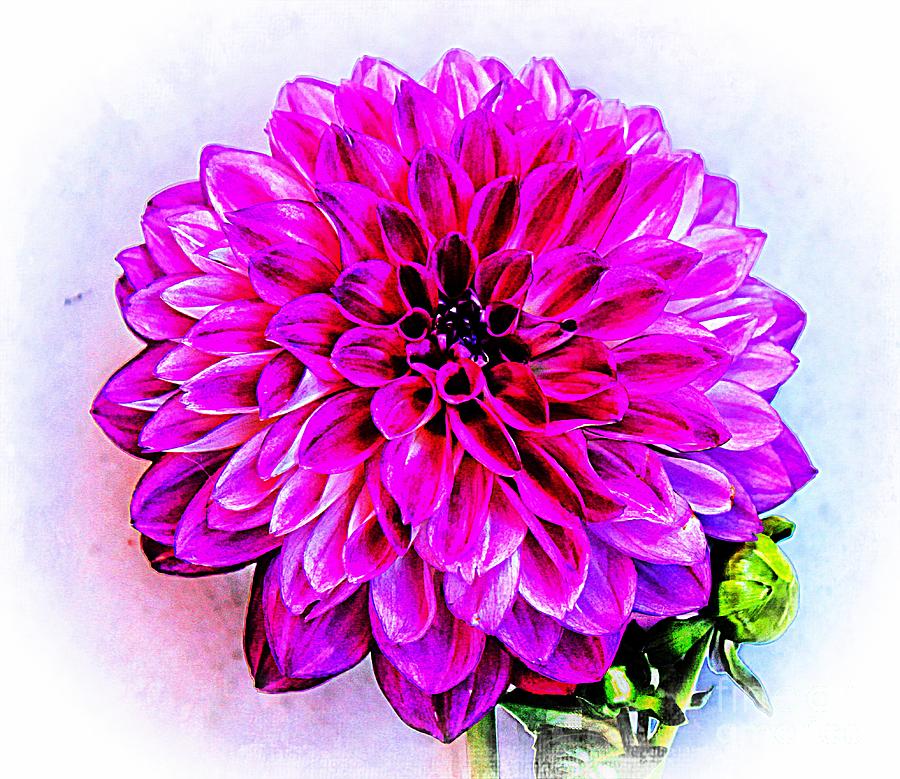 A Painted Dahlia is a mixed media art and photography piece by Clare Bevan Photography
Named for Swedish botanist and student of Linnaeus, Anders Dahl 1751 to 1789, this genus in the daisy family consists of over 30-species, many more subspecies and varieties and literally thousands of cultivated varieties. All are herbaceous tender perennials with bulbous underground tuberous roots, which are colloquially referred to as tubers even though the term is botanically incorrect.
Originating from regions in Mexico and South and Central America, Dahlias were revered by native tribes people, such as the Aztecs, for decoration, food and medicine. New world collection trips brought dahlias to Europe in the 17th and 18th centuries. Initially, they were entertained as food plants, but this did not succeed, and by the early 19th century ornamental varieties began to appear. In the late 19th century some tubers were shipped from Mexico to the Netherlands and only one survived that of the colorful red flowered Dahlia juarezii. This plant was bred and selected with other previously collected Dahlia species, which resulted in the dazzling array of different sizes and floral forms and colors. In fact, these are parents to almost all Dahlia cultivars on the market today.
Most dahlias are bushy plants, of varying sizes, and have deeply lobed leaves in shades of green and sometimes burgundy and dark purple. They are carefully organized into groups defined by floral size and floral form.

The watermark will NOT appear on the final image