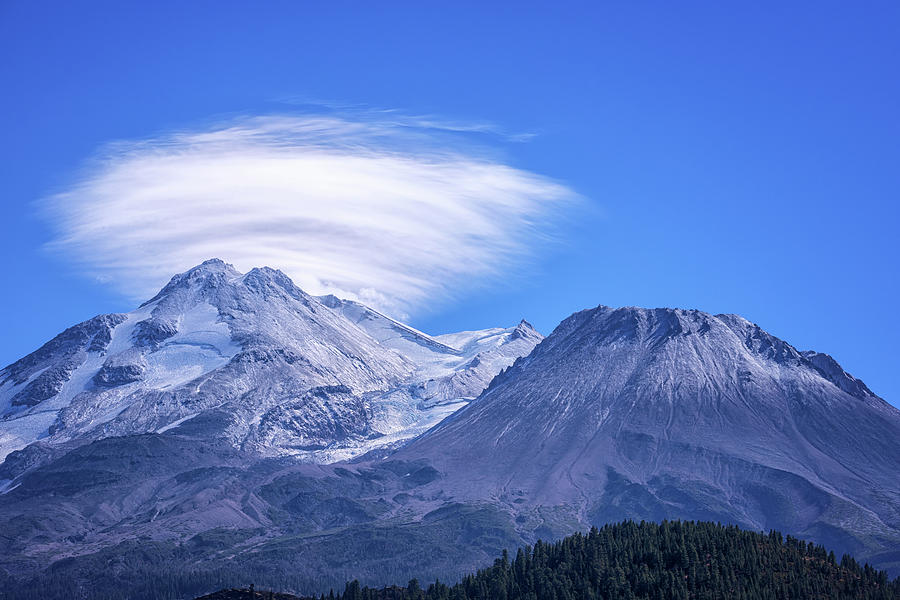 A Lenticular Cloud over Mount Shasta, with a fresh dusting of snow. First snow of the season.

Mount Shasta is a potentially active volcano at the southern end of the Cascade Range in Siskiyou County, California. At an elevation of 14,179 feet, it is the second-highest peak in the Cascades and the fifth-highest in the state. Mount Shasta has an estimated volume of 85 cubic miles, which makes it the most voluminous stratovolcano in the Cascade Volcanic Arc. The mountain and surrounding area are part of the Shasta–Trinity National Forest.

Lenticular clouds are stationary clouds that form mostly in the troposphere, typically in perpendicular alignment to the wind direction. They are often comparable in appearance to a lens or saucer. Nacreous clouds that form in the lower stratosphere sometimes have lenticular shapes.

Lady of the Lake

Love your style ! L F and following you ☺️

Thank you, much appreciated.

Stunningly beautiful in color too...WOW! This is a wonderful series, Marnie...exceptional work! L/F

Love this lenticular over Mt Shasta in color!