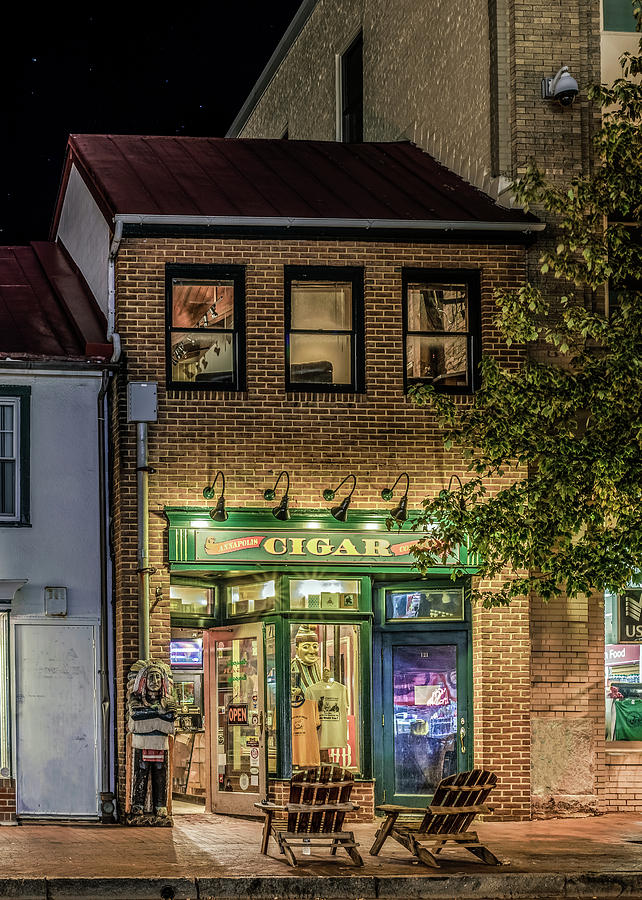 Now the home of Annapolis Cigar Company; 121 Main Street in Annapolis, Maryland was once owned by my second great-grandfather, Johann Snyder.

The following accounts were recalled by my father and gathered from ancestry.com.

Johann was born in Germany in 1880 and arrived at Ellis Island in 1893. By 1920 Johann moved from Delaware to Annapolis and opened Snyder's Bakery at this location.

During the Second World War, Johann went to the store but did not return home until wars end. He had been taken by the FBI then placed in an internment camp. No one had known what happened to him, and he was likely in the early stages of dementia.

After being diagnosed with Alzheimer's, Johann's wife Emma was unable to care for him and could not afford proper care. Johann was committed to Spring Grove State Hospital. Sadly, the mental hospital was notorious for the inhumane treatment of their patients. He passed at the age 70 in 1950, survived by nine children.

By the 1950's the Bakery had changed hands and converted to a deli.