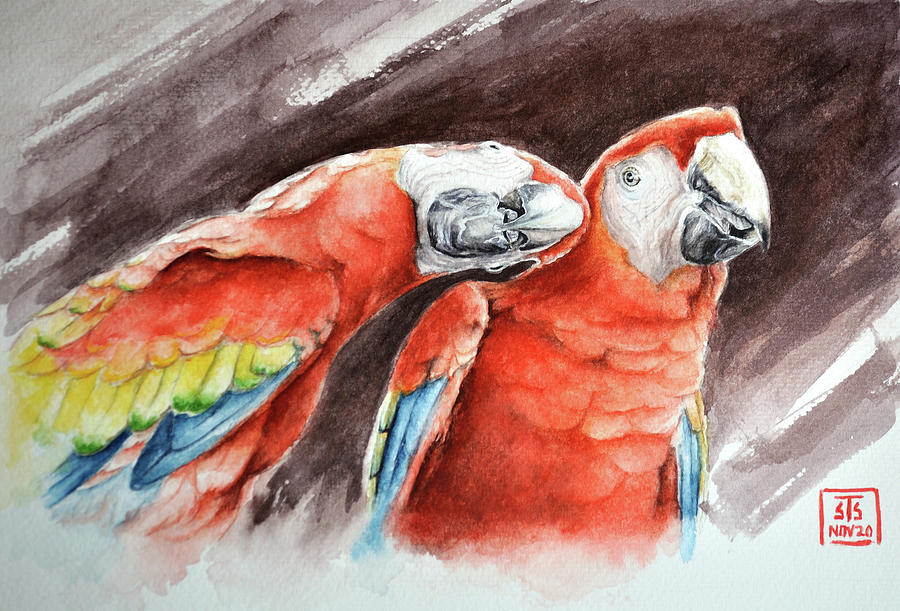 "A-cute Angle" - Scarlet Macaw is part of our series of watercolor paintings on Parrots - Macaws & Cockatoos.

The scarlet macaw is a large red, yellow, and blue Central and South American parrot, a member of a large group of Neotropical parrots called macaws. It is native to humid evergreen forests of tropical Central and South America. In some areas, it has suffered local extinction because of habitat destruction or capture for the parrot trade, but in other areas, it remains fairly common. Like its relative the blue-and-yellow macaw, scarlet macaws are popular birds in aviculture as a result of their striking plumage.

What a beautiful pair, L/F. Now following you Sivaraman