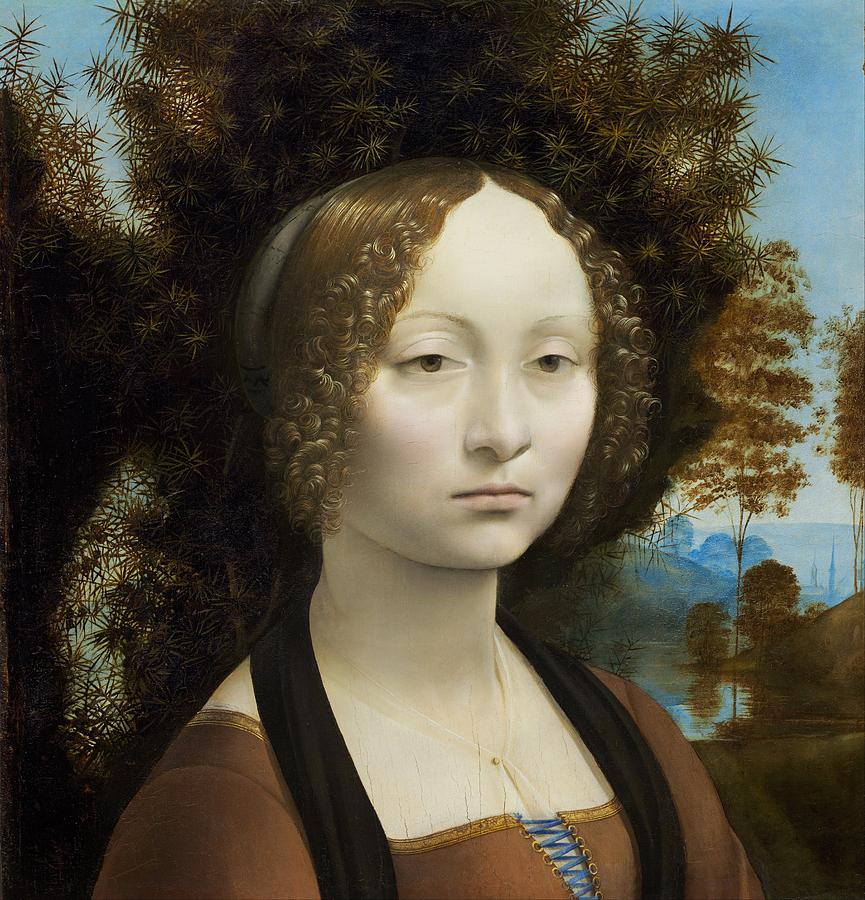 Leonardo Da Vinci Ginevra De' Benci (1474)
Ginevra de Benci was an aristocrat from fifteenth-century Florence, admired for her intelligence by Florentine contemporaries. She is the subject of a portrait painting by Leonardo da Vinci. The oil-on-wood portrait was acquired by the National Gallery of Art in Washington, D.C., United States, in 1967.
Leonardo di ser Piero da Vinci was an Italian Renaissance polymath: painter, sculptor, architect, musician, mathematician, engineer, inventor, anatomist, geologist, cartographer, botanist, and writer. His genius, perhaps more than that of any other figure, epitomized the Renaissance humanist ideal. Leonardo has often been described as the archetype of the Renaissance Man, a man of "unquenchable curiosity" and "feverishly inventive imagination". He is widely considered to be one of the greatest painters of all time and perhaps the most diversely talented person ever to have lived. Leonardo was, and is, renowned primarily as a painter. Among his works, the Mona Lisa is the most famous and most parodied portrait and The Last Supper the most reproduced religious painting of all time, with their fame approached only by Michelangelo's The Creation of Adam. Leonardo's drawing of the Vitruvian Man is also regarded as a cultural icon, being reproduced on items as varied as the euro coin, textbooks, and T-shirts.