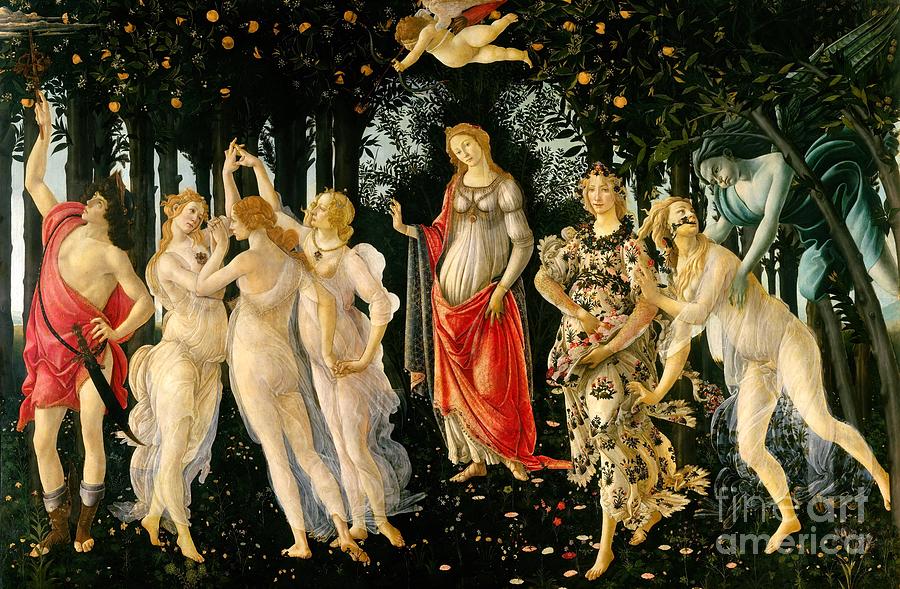 This is a reproduction of “Primavera” by Sandro Botticelli. This is early Renaissance masterpiece was produced in about 1478. Sandro Botticelli was a Florentine master of the early Renaissance born in 1445 and came under the patronage of Lorenzo de’ Medici. He died in 1510. This is one of the first depictions of the ancient gods since the Fall of Rome and was probably commissioned by the Medici family. The deities are portrayed life-sized in the original and almost nude and have been regarded as an allegory of the new growth of Spring. The feminine domed stomachs reflect ideas of beauty which were current in the fifteenth century. This masterpiece is a tempera on panel and measures 202 by 314 centimeters. It is currently in the Galleria degli Uffizi in Florence.