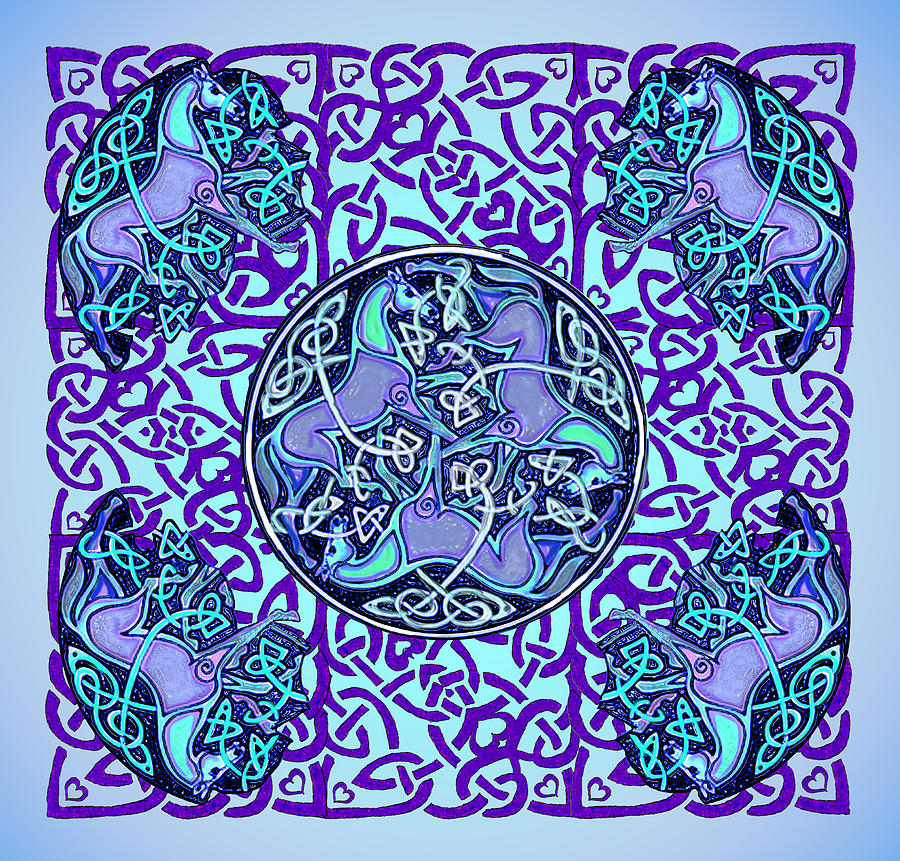 Sometimes I can't help by work on celtic knots and then I have to include an animal. Here is one of my favorites, the horse, equine, pony. I hope you enjoy it.


The most well known Celtic god associated with horses is the goddess Epona. She is known as a protector of horses, donkeys and mules. Epona is the only Celtic god that was also worshiped in Rome. This is because the Romans often procured by horses and charioteers from the Celtic Island. There are references to Epona in some Roman literature and on inscriptions on carved images of the goddess. The name Epona derives from Gaulish which was a Celtic language spoken in Gaul and other parts of continental Europe from around the 6th century BC to the 6th century AD. She is usually depicted riding or standing between two horses.

This is lovely Michele, the intricacy and colours are great, Wendy

Thank you, so much, Wendy!

Oh how wonderful, thank you!

Beautiful piece Michele. Congratulations on your third place honor in the Celtic contest.

Clever integration of the horses into the knots...cool design! L/F

Such a lovely pattern and design! L