The Triumph Of Bacchus 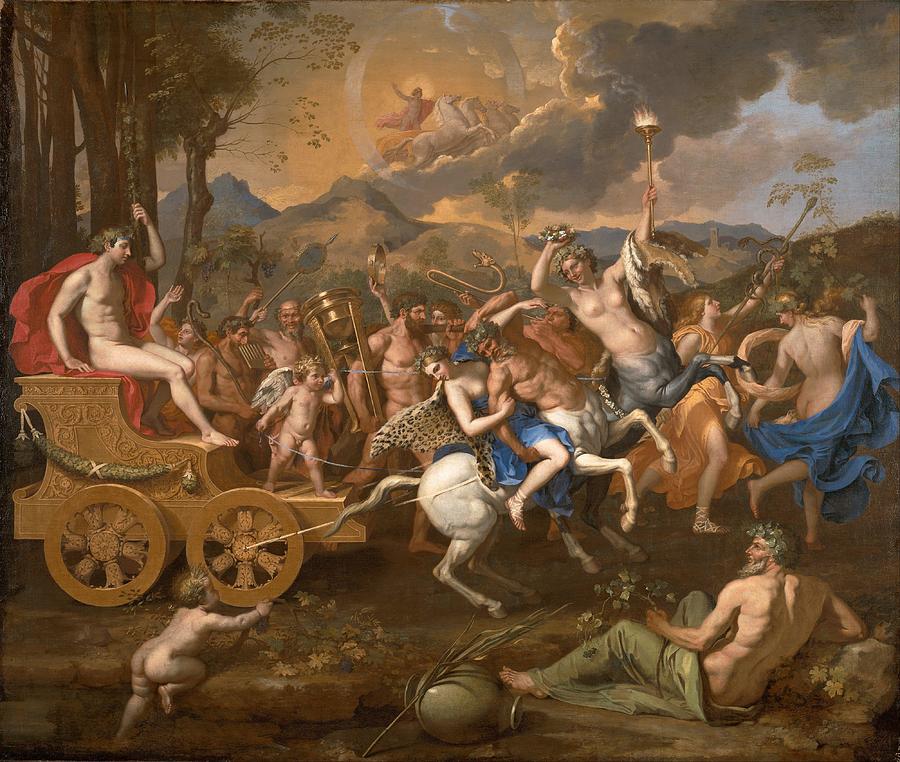 The Triumph Of Bacchus

This a reproduction of “The Triumph of Bacchus” by Nicolas Poussin of 1636. Poussin was born in Normandy and ran away to Paris when he was eighteen. He moved to Rome when he was thirty in the company of his friend Marino and secured the patronage of the Cardinal Barbarini. He participated in the emerging Roman Baroque style. In April 1635, Poussin received a particularly prestigious commission from France, when Cardinal Richelieu ordered a set of four Bacchanals, each celebrating one of the antique gods. By May 1636 three of these compositions - the Triumphs of Bacchus, Pan and Silenus respectively - were hanging in the Cabinet du Roi in Richelieu's chateau in Poitou. The fourth painting - The Triumph of Neptune - was intended for a different destination, however, whose location has yet to be established beyond doubt. Poussin returned to France in 1640 and became First Painter to Louis XIII but returned to Rome in disgust at the intrigues of the French Court. He continued to work there but began to decline in health after 1650. He died in Rome in 1664 leaving no children. This masterpiece is an oil on canvas and measures 128 by 151 centimeters. It is in the Nelson-Atkins Museum of Art in Kansas City.