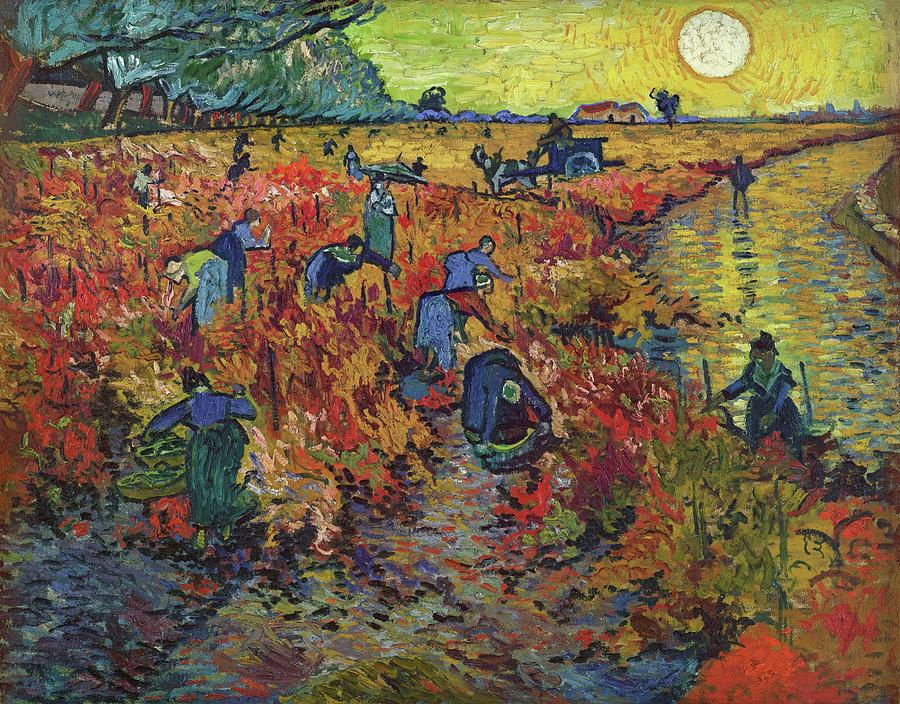 This masterpiece by Vincent Van Gogh was probably the only painting that he sold during his life-time. It was first displayed in 1890 in Brussels and sold to the sister of an Impressionist artist friend of Van Gogh. It was acquired by the Russian Shchukin and during the Russian Revolution it was secured by the Pushkin Museum of Fine Arts in Moscow. Van Gogh was thirty-five when he created this masterpiece having just moved from Paris to Arles in this year. He had gone to Arles as a refuge for his health and with the purpose of founding a utopian artist community. This painting was produced during the brief period in which Van Gogh painted with Gaugin. The artist died two years later.