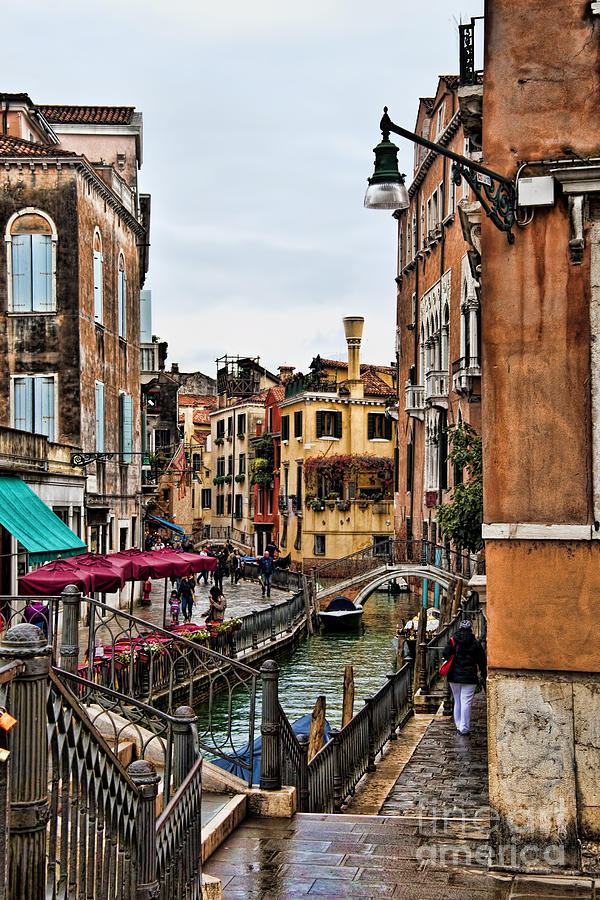 Venice is the capital of northern Italy's Veneto region, is built on more than 110 small islands in lagoon in the Adriatic Sea. The palaces seem to rise out of the water. There are no cars or roadways, just canals and boats. The Grand Canal winds through the city, which is filled with narrow alleys, small canals and small squares. Located throughout Venice you will find Churches, small grocery stores, restaurants and, of course, many tourist shoppes.

The name of the city, deriving from Latin forms Venetia and Venetiae, is believed to be taken from "Venetia et Histria". The name Venetia, however, derives from the Roman name for the people known as the Veneti, and called by the Greeks Eneti. The meaning of the word is uncertain. Linguists suggest that the name is based on an Indo-European root *wen ("love"), so that *wenetoi would mean "beloved", "lovable", or "friendly", hence called the City of Romance.
The name is derived from the ancient Veneti people who inhabited the region by the 10th century BC. The city was historically the capital of the Republic of Venice. Venice has been known as the "La Dominante", "Serenissima", "Queen of the Adriatic", "City of Water", "City of Masks", "City of Bridges", "The Floating City", and "City of Canals".

The Republic of Venice was a major maritime power during the Middle Ages and Renaissance, and a staging area for the Crusades. It was also known as a very important center of commerce for silk, grain and art in the 13th century up to the end of the 17th century. This made Venice a wealthy city throughout most of its history. It is also known for its several important artistic movements, especially the Renaissance period.