The Art Of Painting 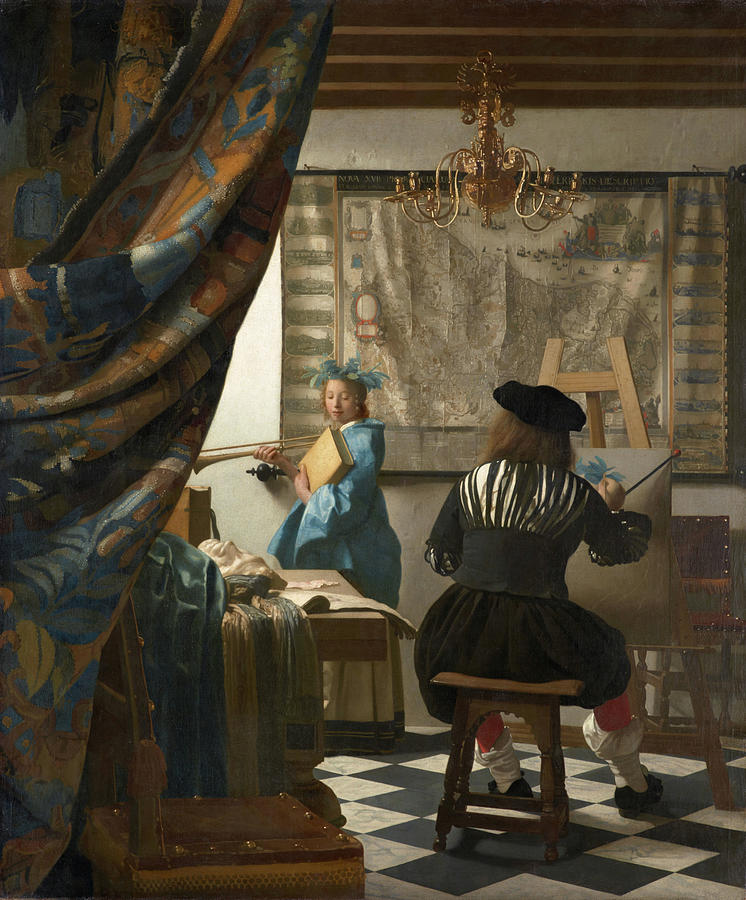 The Art Of Painting

This is a reproduction of “The Art of Painting”by Jan Vermeer of 1668. He was thirty-six years old when he created this masterpiece. Vermeet was born in 1632 in Delft in the Dutch Republic. His father died when he was twenty and Vermeer took over his business of dealing in art. He married a Catholic the next year and converted to her faith from Dutch Reformed. That same year he joined the guild of artists in Delft and nine years later he was elected president. He gained a modest reputation and produced about three paintings per year. In 1674 he volunteered for the civic guards and died in the next year on December 15. This masterpiece is an oil on canvas and measures 120 by 100 centimeters. It is in the Kunsthistorisches Museum in Vienna.