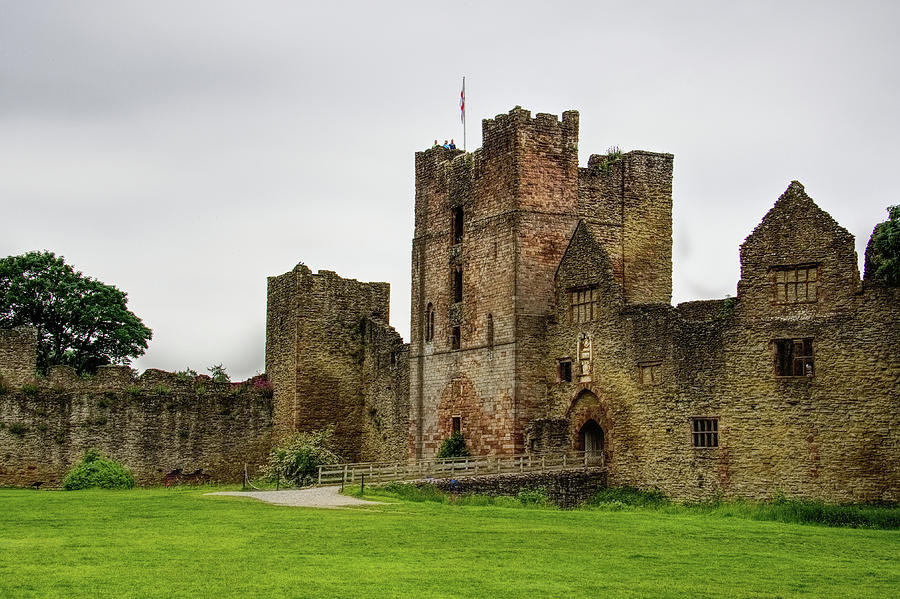 Ludlow Castle was a privately owned Castle which began construction in the 11th century as the border stronghold of Roger De Lacy, a Marcher Lord. Roger Mortimer enlarged the Castle into a palace in the 14th century. Later under the ownership of Richard, Duke of York the Castle was involved in the war of the Roses. Then as a Royal Palace Edward IV sent the Prince of Wales and his brother to live at the Castle, which was also the seat of government for Wales and the border counties. In 1501, Prince Arthur (brother to Henry VIII), honeymooned here with his wife, Catherine of Aragon. In 1689, the Royal Welch Fusiliers were founded at the Castle by Lord Herbert of Chirbury. It was abandond soon after and fell into decay. In 1811, the ruins were purchased from the Crown by 2nd Earl Pof Powis, in the ownership of whose family it remains.