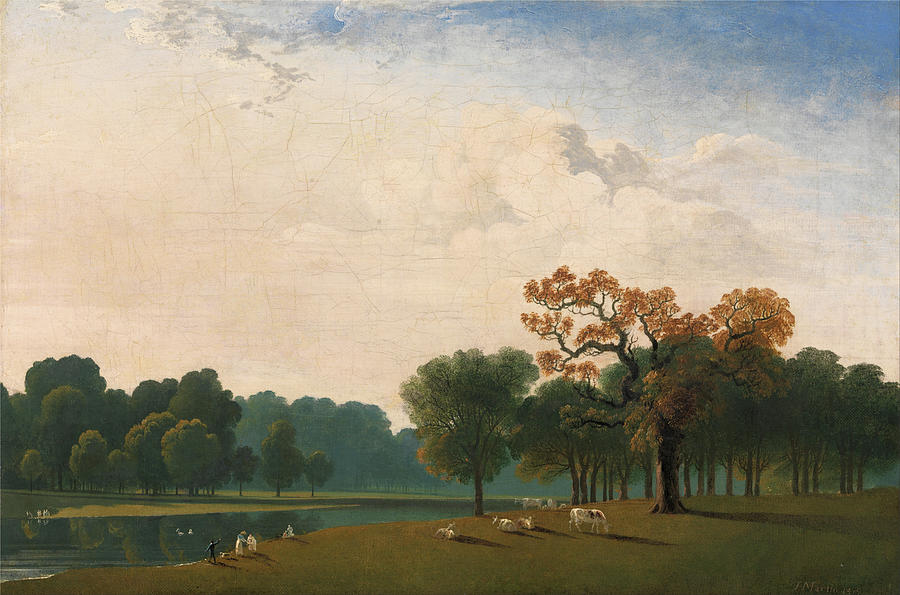 This is a reproduction of “Kensington Gardens”of 1815 by John Martin. He was twenty-six years old when he created this work. The scene is a landscape of the famous London park. The Artist was born in Northumberland and became a student of Bonifacio Musso. They moved to London when Martin was seventeen and he married two years later. He supported himself giving drawing lessons and selling watercolors and, on his second attempt, had an oil on canvas hung in the Royal Academy when he twenty-two. Five years later he won public acclaim for his Joshua and two years later a large sale enabled him to buy a home and rid himself of debt. He went on to win wider public acclaim and to become a favorite of aristocrats and royalty. He died a wealthy man in 1874. This painting is an oil on canvas and measures 12.01 by 17.99 inches. It is in the Yale Center for British Art in New Haven, Connecticut.