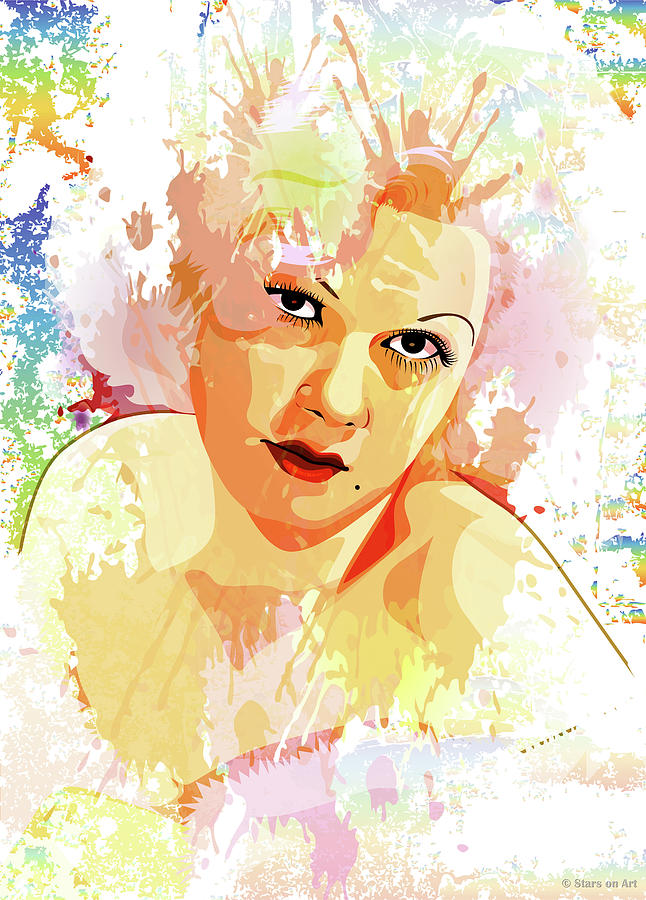 Illustration of actress Jean Harlow. Harlow (1911-1937) was an American actress and sex symbol. Called the "Blonde Bombshell" and the "Platinum Blonde", she was famous for her vibrant, independent screen persona. Harlow acted for only nine years, yet she was one of Hollywood's biggest stars, whose public image has endured. In 1999, the American Film Institute ranked Harlow No. 22 on their greatest female stars of Classic Hollywood Cinema list.

MGM had a vested interest in developing her career and star image. In just months, her sexpot screen persona transformed into a subtle actress with a natural flair for comedy. Cast opposite Clark Gable and Spencer Tracy, Harlow quickly developed into a superstar. Film critics praised her vitality and comic talent in such career highlights as "Bombshell," "China Seas," "Riffraff," and "Libeled Lady."

Harlow died suddenly at the age of 26 from kidney failure during the filming of "Saratoga" (1937), where she co-starred with Clark Gable. MGM released the film two months after her death; it became MGM's most successful film that year.

Her short life was the subject of a rather sensational 1964 biography and two 1965 films, one starring Carroll Baker, the other Carol Lynley. But neither star could even remotely capture Harlow's legendary sparkle and glamour.
(credit: Wikipedia)