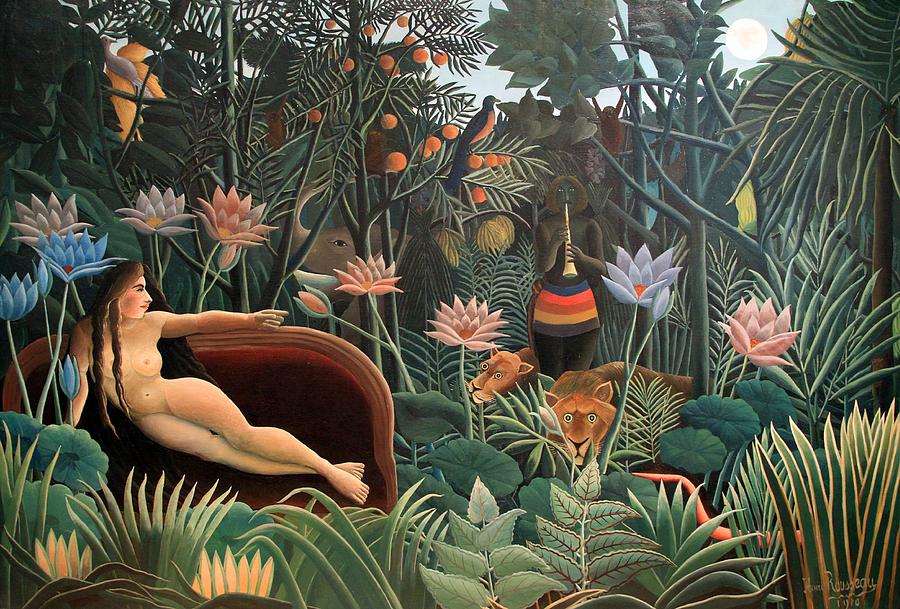 Henri Rousseau The Dream (1910)
The Dream is a large oil-on-canvas painting created by Henri Rousseau in 1910, one of more than 25 Rousseau paintings with a jungle theme. Essentially he was self-taught and is considered to be a naive or primitive painter. When Pablo Picasso happened upon a painting by Rousseau being sold on the street as a canvas to be painted over, the younger artist instantly recognised Rousseau's genius and went to meet him. In 1908 Picasso held a banquet in his studio in Le Bateau-Lavoir in Rousseau's honour.