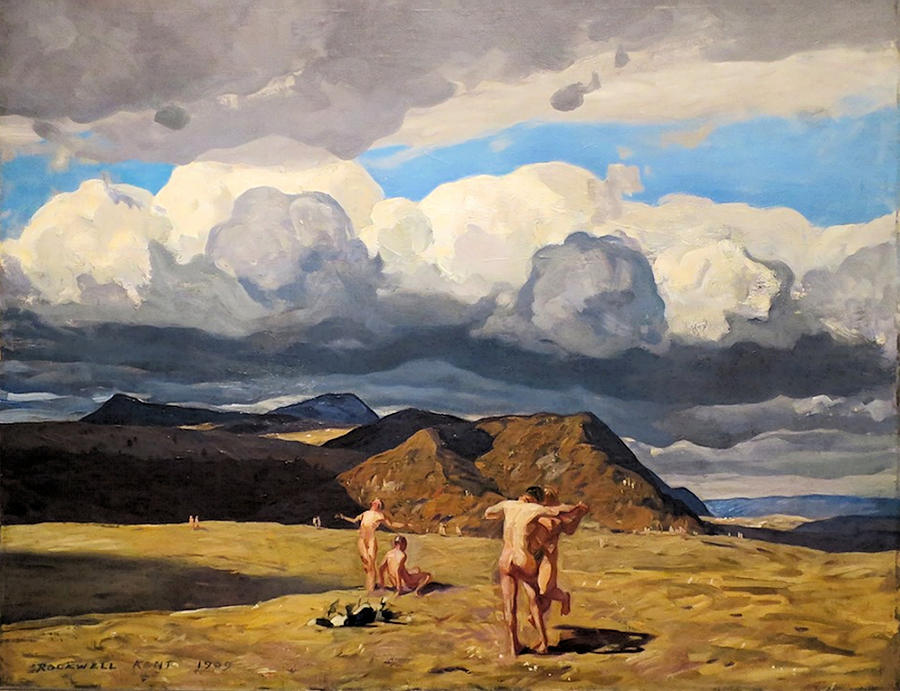 This is a reproduction of Rockwell Kent’s masterpiece “Men and Mountains” of 1909. The artist created the work at the age of twenty-seven having been born in Tarrytown, New York. He studied under several artists and designers, notably Robert Henri when he was twenty. His work was first exhibited two years later in which he sold paintings and then he devoted himself to depicting nature as he saw it at Monhegan Island, Maine. He exhibited again in 1907 to wide acclaim and within three years he was promoting independent artists. He was a follower of Thoreau and Emerson taking on Transcendalist and Mystic ideologies. His career expanded from paintings into design and drawing and, in the Post-War Era, he came under some criticism for his Progressive and Socialist affiliations.He died well regarded in many circles on March 13, 1971 in Plattsburgh, New York of a heart attack. This painting is an oil on canvas and measures 33 by 43.25 inches. It is in the Columbus Museum of Art in Ohio.