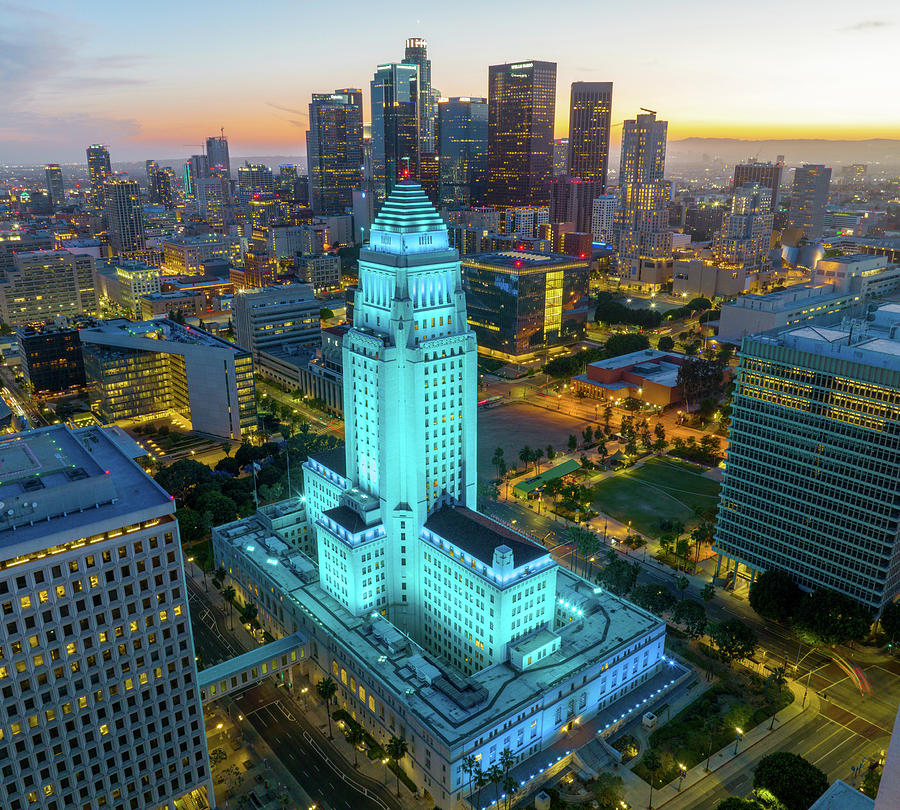 Los Angeles City Hall was completed in 1928, its towering three-tiered form embodying all the energy and ambition of its day. Now seismically stabilized and restored to its original splendor, City Hall stands both as a monument to the era of its creation and as an example of architectural preservation at its best.

Three of Los Angeles’ leading architects, John Parkinson, Albert C. Martin, and John C. Austin, joined together to receive the commission for City Hall in 1925. Parkinson was responsible for the concept and architectural design of the building; Martin, the structural design; and Austin, the working drawings and general administration of the project.

Congratulations, your work is Featured in "Photographic Camera Art" I invite you to place it in the group's "2020-2021 Featured Image Archive" Discussion!! L

Great city panorama capture and congrats on your features! f/l

Such an iconic building -- love how it's lit up against downtown.