Fisherman With A Net 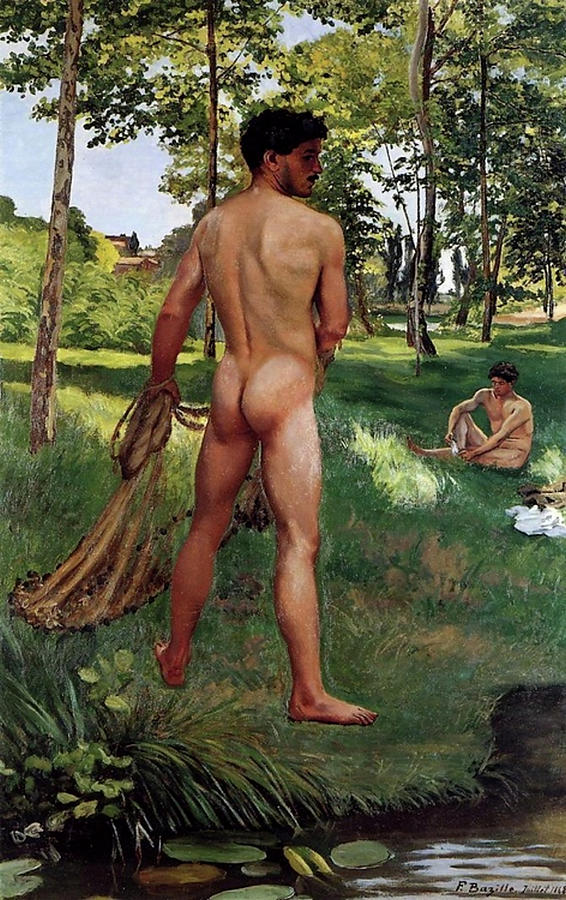 Fisherman With A Net

This is a reproduction of Fredric Bazille’s nude masterpiece, “Fisherman with a Net, or Pecheur a l’epervier”of 1868. This rustic scene seems to be devoid of eroticism and may be an innocent attempt to portray the male body from the rear in the act of work. While studying at the studio of Charles Gleyre from 1862 to 1863, the artist met Monet, Renoir, and Alfred Sisley, all of whom would become founding members of the revolutionary Impressionist movement of the late nineteenth century. As Bazille was comparatively wealthy, his studio became a meeting place for the artists. Bazille died at the age of twenty-eight on the battlefield in the Franco-Prussian War. This masterpiece is an oil on canvas that measures 134 x 83 centimeters. It is signed and dated to July, 1868 and is currently in the Fondation Rau por le Tiers-Monde in Zurich, Switzerland.