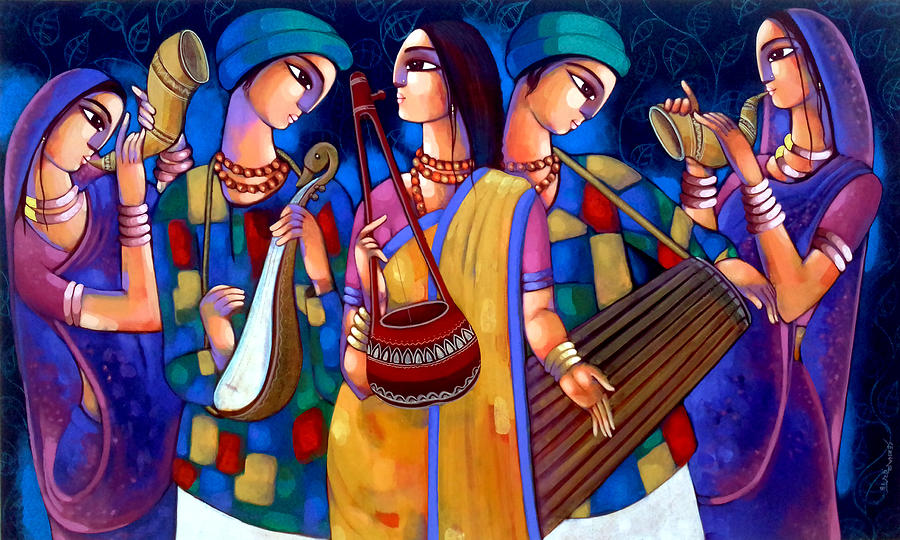 Baul is not just one of the many things unique to Bengal. This wandering music cult has a special place in the history of world music. The word "Baul" has its etymological origin in the Sanskrit words "Vatula" (madcap), or "Vyakula" (restless) and used for someone who is "possessed" or "crazy".Originally, the Bauls were nonconformist, who rejected the traditional social norms to form a distinct sect that upheld music as their religion."Baul" is also the name given to the genre of folk music developed by this creative cult. It's easy to identify a Baul singer from his uncut, often coiled hair, saffron robe (alkhalla), necklace of beads made of basil (tulsi) stems, and of course the single-stringed guitar (ektara). Music is their only source of sustenance: They live on whatever they are offered by villagers in return, and travel from place to place, as it were; on a vehicle of ecstasy.Baul music celebrates celestial love, but does this in very earthy terms, as in declarations of love by the Baul for his bosh-tomi or lifemate. With such a liberal interpretation of love, it is only natural that Baul devotional music transcends religion and some of the most famous baul composers; their lyrics intertwine a deep sense of mysticism, a longing for oneness with the divine. An important part of their philosophy is "Deha tatta", spirituality related to the body rather than the mind. They seek the divinity in human beings. Metaphysical topics are dwelt upon humbly and in simple words. They stress remaining unattached and unconsumed by the pleasures of life even while enjoying them. To them we are all a gift of divine power and the body is a temple, Bauls use a number of musical instruments: the most common is the ektara, a one-stringed "plucked drum" drone instrument, carved from the epicarp of a gourd, and made of bamboo and goatskin. Others include the dotara, a long-necked fretless flute. Others are like dhol, khol, khamak, duggi and mangira.