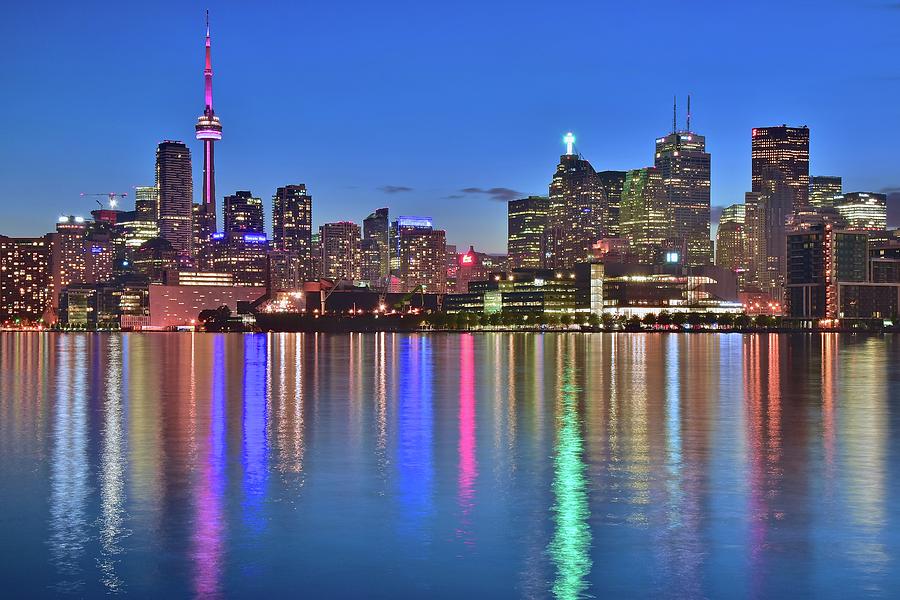 Toronto, home to CN Tower, is the fourth largest city in North America and the largest in Canada. The downtown skyline is very large and can be seen best from one of two places. One view of the cityscape is from Polson Pier. The second view is from the islands across the bay and includes a view of Rogers Center where the Blue Jays Play. Torontos most famous building is the CN Tower which was the tallest building in the world when it was built in 1973. It stands at just over 1800 feet and has a restaurant at just over 1100 feet in the air which boast dramatic views and a revolving floor that takes diners on a 360 degree view of the city in just a little under an hour. If this view isn't good enough you can visit the observation deck at just over 1450 feet or the glass floor which is just below the restaurant.

Toronto is also home to NBA team the Raptors as well as the hockey hall of fame and NHL team the Maple Leafs along with the aforementioned Blue Jays.

One great tourist attraction is Casa Loma which is a castle built by Sir Mill Henry Pellatt and was built from 1911 to 1914. At the time of construction it cost over 3.5 million dollars. Talk about compensating for something!!! Many hollywood films have used the castle to shoot a scene or two in. A second tourist attraction with it's own degree of historical significance is the St. Lawrence Market.

If this photo interests you please check out my entire Toronto collection for a wide variety of day, night, color and black and white images that include both standard format as well as panoramic! Thanks for looking!!!