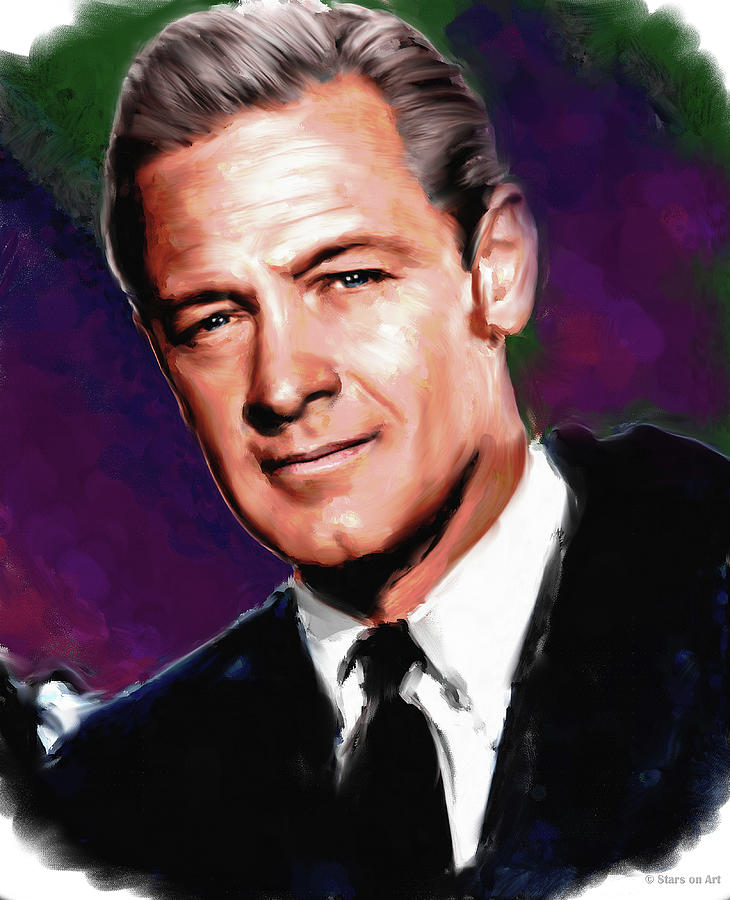 Fine art painting of actor William Holden. Holden (1918 – 1981) was an American actor who was one of the biggest box-office draws of the 1950s. He was among the American Film Institute's 25 greatest male stars of Classic Hollywood Cinema.

After appearing as an extra in "Prison Farm" (1938) and playing a small part in "Million Dollar Legs" (1939), he became a star after his first significant screen role, as the boxer-violinist hero of "Golden Boy", costarring Barbara Stanwyck.

Handsome and clean-cut, he was typecast in innocuous boy-next-door roles, symbolizing the time's young American manhood. His screen image matured after his return from WW II service as an Army lieutenant.

He continued acting in creditable performances in two quality roles, the writer-gigolo in Billy Wilder's drama "Sunset Boulevard," with Gloria Swanson, and as Judy Holliday's tutor in the George Cukor comedy "Born Yesterday" (both 1950).

A turning point in his acting career was the tough maverick hero of Wilder's "Stalag 17" (1953), a role for which he won a best actor Academy Award. Throughout the 1950s, he remained one of Hollywood's most dependable and sexually charged stars of box-office attractions, most notably "Picnic" (1955), with Kim Novak, "The Bridge on the River Kwai" (1957), "The Wild Bunch" (1969) and "Network" (1976), with Faye Dunaway.
(credit: Wikipedia)