The Wrath Of Achilles 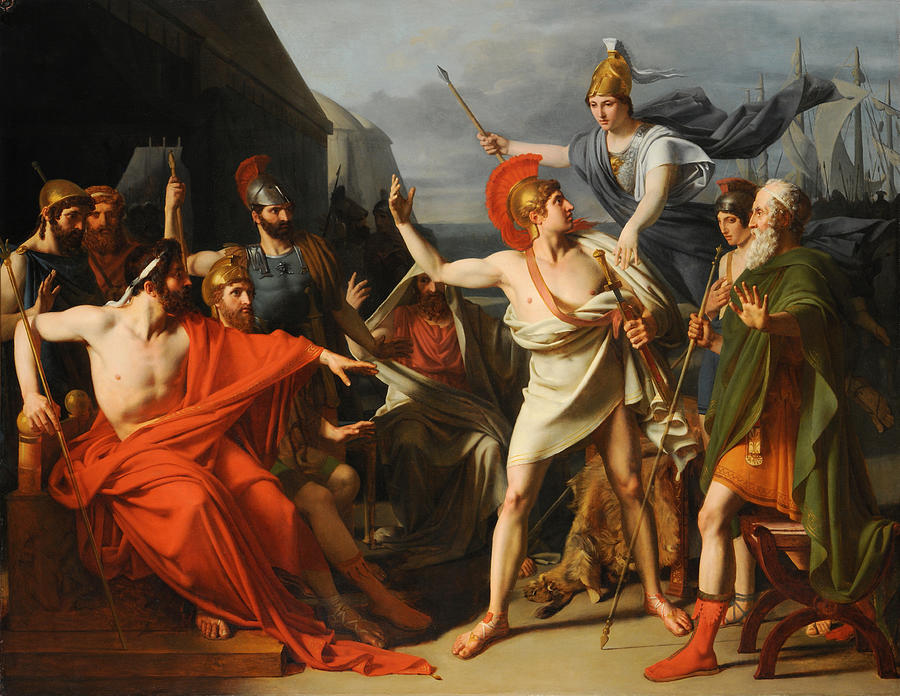 The Wrath Of Achilles

This is reproduction of “The Wrath of Achilles” by Michel Martin Drolling of 1810. The artist was born in Paris and began studying under Jacques Louis David aged twenty years. He won the Prix de Rome four years later for this painting. He was very popular and executed many religious and historical works. He was elected a member of the Academie des Beaux Arts in 1837. He had many pupils and died in Paris in 1851. This masterpiece is in the Ecole des Beaux Arts in Paris. It measures 113 by 146.1 centimeters and is an oil on canvas.