The Ancient Of Days 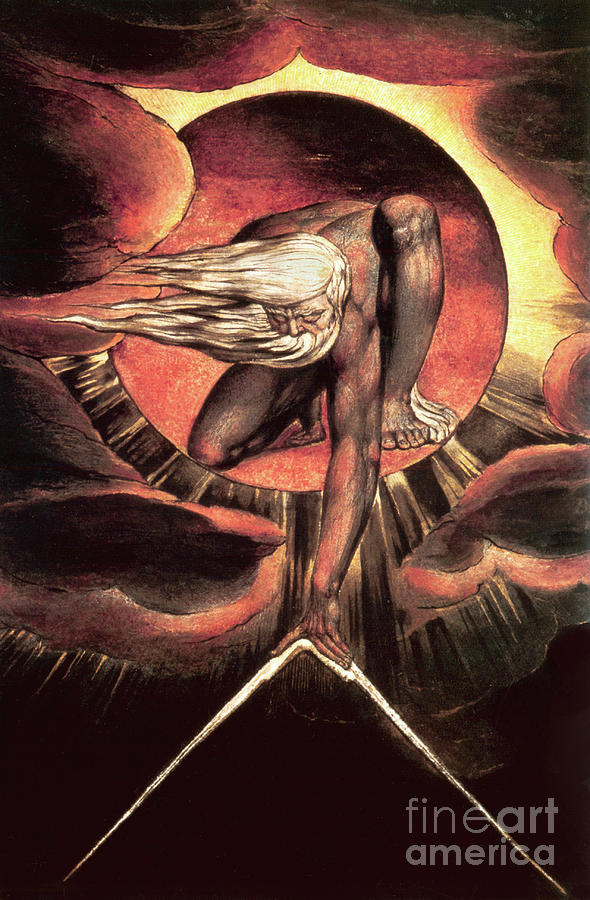 The Ancient Of Days

The Ancient of Days is a design by William Blake, originally published as the frontispiece to the 1794 work Europe a Prophecy. It draws its name from one of God's titles in the Book of Daniel and shows Urizen crouching in a circular design with a cloud-like background. His outstretched hand holds a compass over the darker void below. Related imagery appears in Blake's Newton, completed the next year. As noted in Alexander Gilchrist's 1863 book, Life of William Blake, the design of The Ancient of Days was "a singular favourite with Blake and as one it was always a happiness to him to copy." As such there are many versions of the work extant, including one completed for Frederick Tatham only weeks before Blake's death.