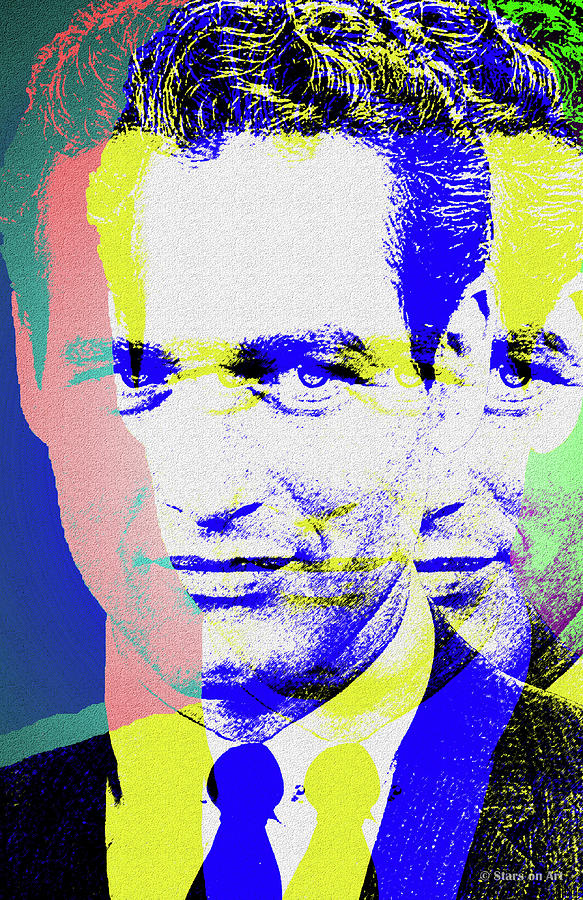 Pop art style illustration of Paul Newman (1925 – 2008). He was an award-winning American actor. He was married from 1958 to Oscar-winning actress Joanne Woodward until his death.

After studying at the Actors Studio under Lee Strasberg, he starred in a Broadway role in "Picnic." He starred in smaller parts then received extensive acclaim for his acting in "Somebody Up There Likes Me" (1956) and "Cat on a Hot Tin Roof" (1958), the latter of which also starred Elizabeth Taylor. Between 1954 and 2017 he was in 64 films, some of which were as voice actor.

A winning combination of an athletic physique, classic handsome features, expressive blue eyes, an intelligent grasp of roles, and a captivating sense of humor established Newman in the 60s as a favorite star among filmgoers and critics alike. He also had the good fortune and judgment to appear in a high percentage of superior films.

Nice job! Keep up the good work! You inspire me. Have to put more thoughts into my artwork :)