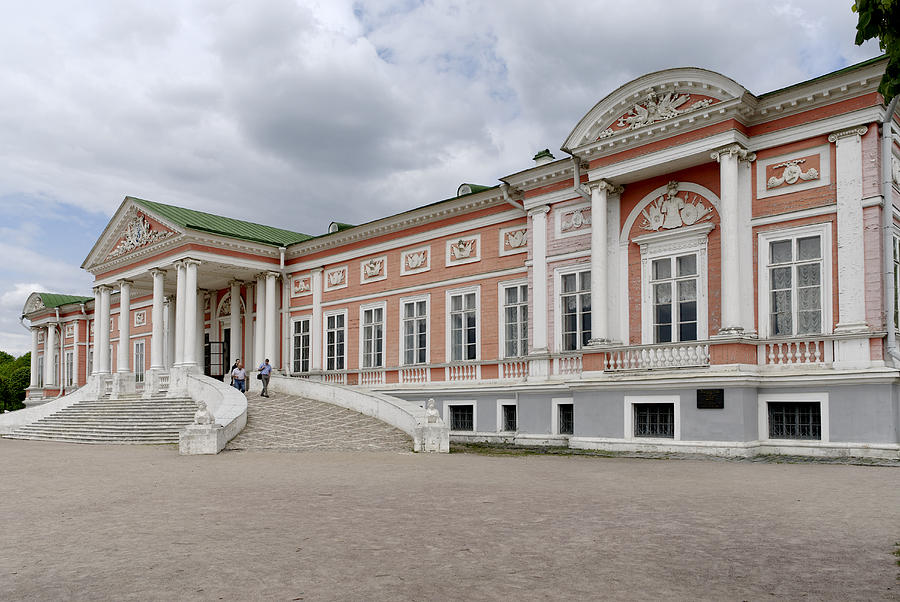 Kuskovo palace. The Kuskovo palace was constructed near one of the ponds in 1769-65 in a fine Neoclassical style. Commissioned by Count Nikolai Petrovich Sheremetev, the structure was apparently designed by a group of his serfs, including Feodor Argunov, Aleksey Mironov, and Grigory Dikushin, although another tradition ascribes it to Charles de Wailly. The palace interiors, as completed in 1779, represent a transitional stage between baroque and neoclassicism. This palace houses the most precious collection of Western porcelain in Eastern Europe, which had been collected by several generations of the Sheremetev family. In 1919 the palace was nationalized, and it was declared the State Museum of Ceramics twenty years later.