Morning In A Pine Forest 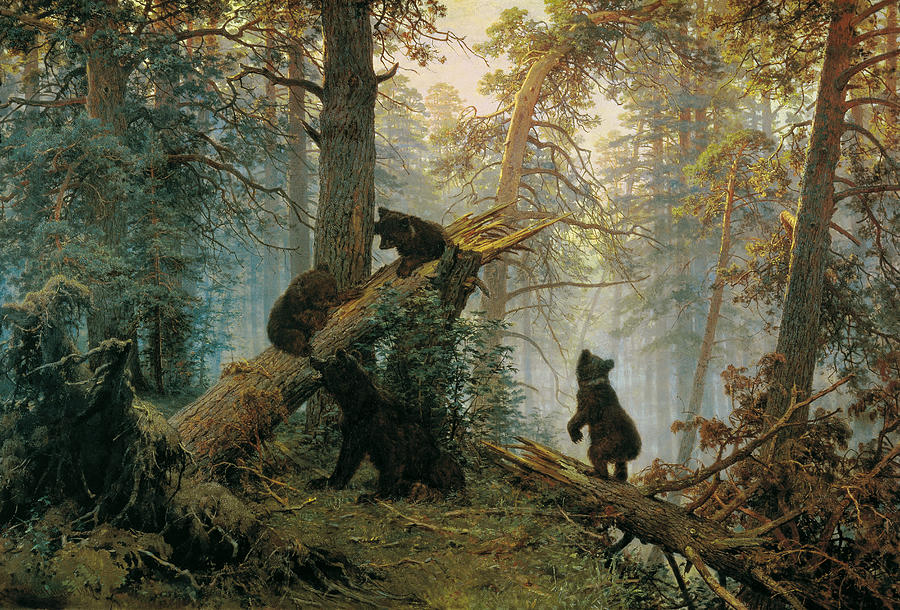 Morning In A Pine Forest

This is a reproduction of “Morning in a Pine Forest” by Ivan Shishkin and Konstantin Savatsky of 1889. This masterpiece is the second most popular of all Russian paintings. Most of it was created by Shishkin, though the bears were painted by Savatsky. Ivan Shishkin entered the Saint Petersburg Imperial Academy of Arts in 1856 when he was twenty-four years old. He became a member of the Imperial Academy in 1865 and was known as a master of landscapes. He exhibited in the All-Russian Exhibition in Moscow in 1882, in Nizhniy Novgorod in 1896 and the World Fairs of 1867, 1878 and 1873. He died while working on a new painting in St. Petersburg in 1898.
Konstantin Savitsky entered the Academy of Arts in Saint Petersburg in 1862 when he was eighteen years old. He was influenced by associates he met there, including Shishkin. He received a gold medal in 1871 and, after graduation, joined the Realist movement in Russia which arose in opposition to the accepted Academism of the day. He spent much of his time teaching art in Moscow and Saint Petersburg and became a member of the Imperial Academy of Arts in 1897. He died in 1905. The original of this masterpiece is in the Tretyakov Gallery in Moscow. It is an oil on canvas and measures 139 by 213 centimeters.