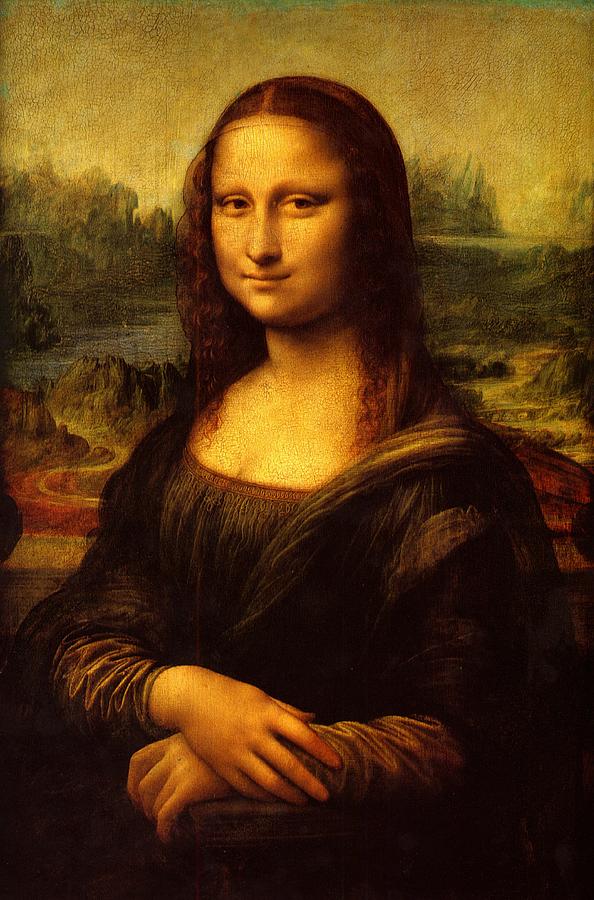 Leonardo da Vinci Mona Lisa (1506) ~ The Mona Lisa (La Gioconda or La Joconde) is a half-length portrait of a woman by the Italian artist Leonardo da Vinci, which has been acclaimed as "the best known, the most visited, the most written about, the most sung about, the most parodied work of art in the world." The painting, thought to be a portrait of Lisa Gherardini, the wife of Francesco del Giocondo, is in oil on a poplar panel, and is believed to have been painted between 1503 and 1506. It is on permanent display at the Musee du Louvre in Paris since 1797. The ambiguity of the subject's expression, which is frequently described as enigmatic, the monumentality of the composition, the subtle modeling of forms and the atmospheric illusionism were novel qualities that have contributed to the continuing fascination and study of the work.