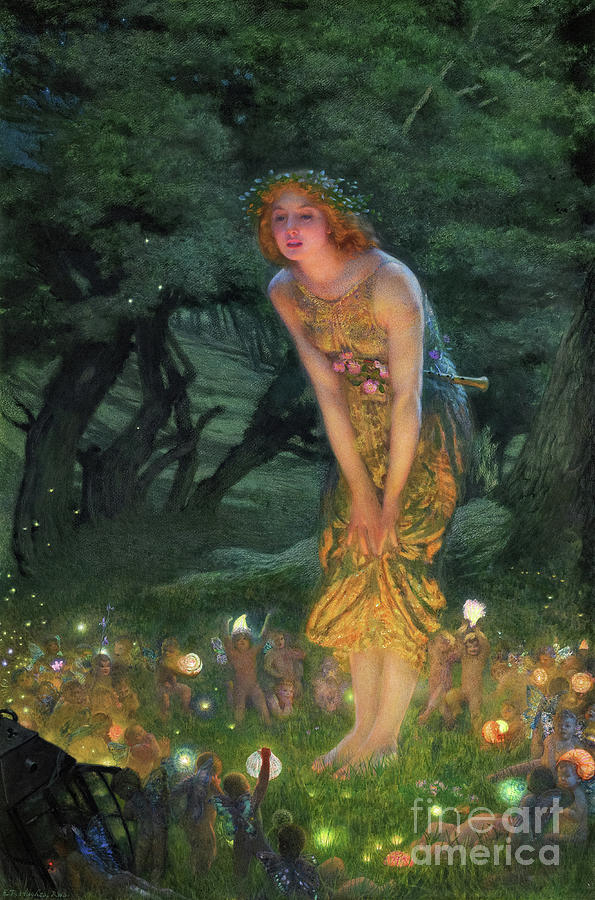 Midsummer Eve 1908, Edward Robert Hughes RWS (5 November 1851 – 23 April 1914) was an English painter who worked prominently in watercolours, but also produced a number of significant oil paintings. He was influenced by his uncle and eminent artist, Arthur Hughes who was associated with the Pre-Raphaelite Brotherhood, and worked closely with one of the Brotherhood's founders, William Holman Hunt.