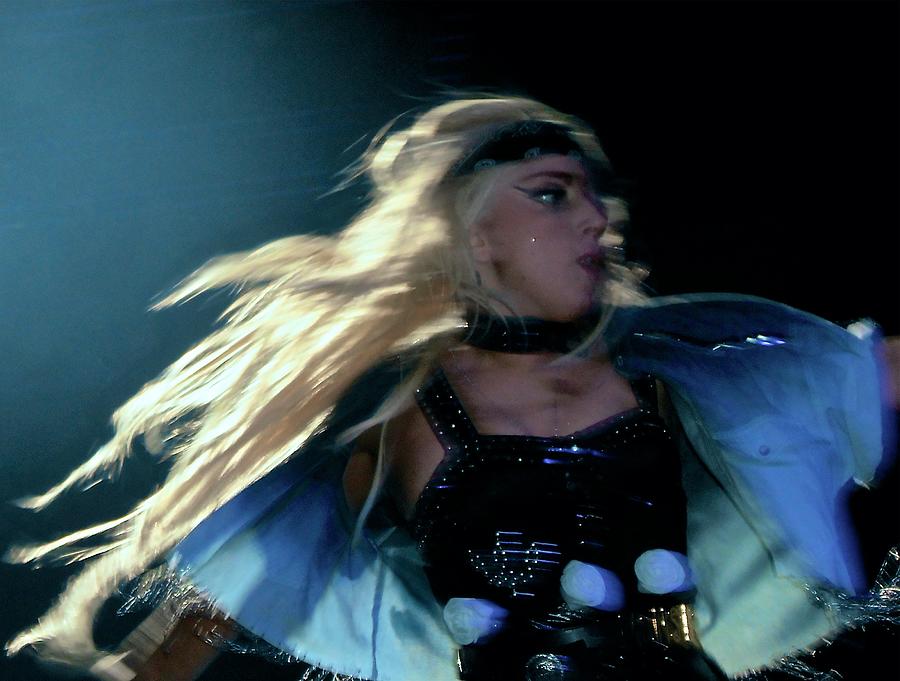 Lady GaGa London O2 stops and lets everyone take a picture. Stefani Germanotta (born Stefani Joanne Angelina Germanotta) was born on March 28, 1986, at Lenox Hill Hospital in New York City, New York. Fashion is a major key point in the life of Lady Gaga. She has stated that she is "very into fashion" and that it is "everything" to her. Her love of fashion came from her mother, who she stated was "always very well kept and beautiful."
Outfits worn by Lady Gaga are a mix of high couture designers, young designers from across the world, and her team, the Haus of GaGa. Some of her favorite designers include Chanel, Armani, Gucci.


Having sold 27 million albums and 146 million singles as of January 2016, Gaga is one of the best-selling music artists of all time. Her achievements include several Guinness World Records, three Brit Awards six Grammy Awards, and from the Songwriters Hall of Fame and the Council of Fashion Designers of America. Gaga has been declared Billboard's Artist of the Year and among Forbes's power and earnings rankings. She was ranked at number four on VH1's Greatest Women in Music in 2012, finished second on Time's 2011 readers' poll of the most influential people of the past ten years, and was named Billboard's Woman of the Year in 2015. She is known for her philanthropic work and social activism, including LGBT rights, and for her non-profit organization, the Born This Way Foundation, which focuses on promoting youth empowerment and combating bullying.