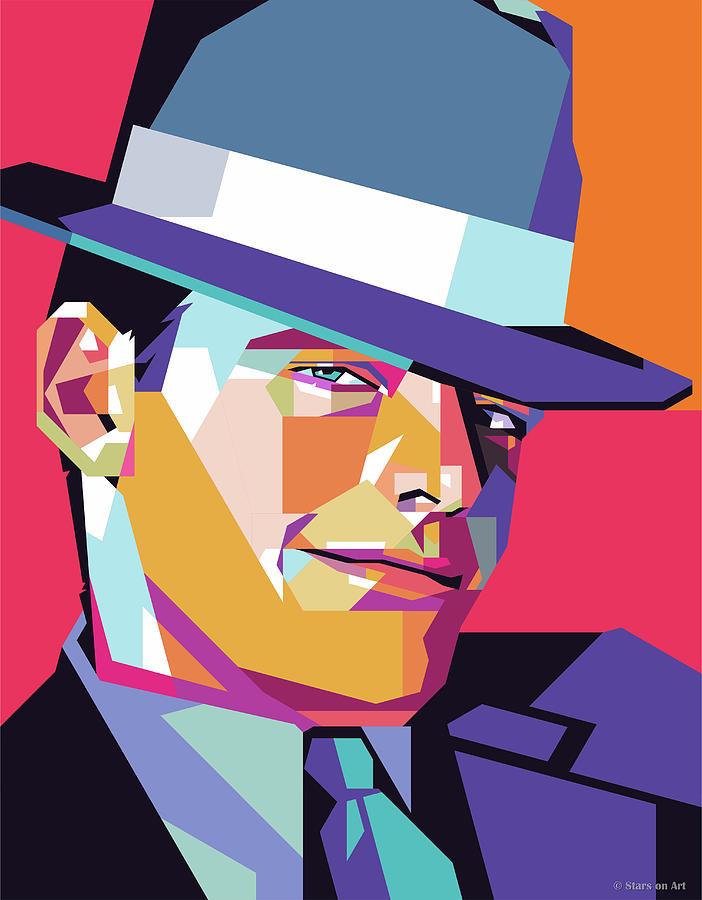 Illustrated portrait of actor Jack Nicholson. Nicholson (born in 1937) is an American actor and filmmaker whose career has spanned more than 60 years. He has starred in comedies, romances, anti-heroes, and villains. His character portrayals were often as an eternal outsider or sardonic drifter, often as a rebel. He is considered one of America's most intriguing movie personalities, a multi-faceted, versatile performer capable of interpreting a wide range of roles and changing his appearance from film to film.

Nicholson is the most Oscar-nominated male actor in the Academy's history, nominated 12 times. He won as Best Actor twice for "One Flew Over the Cuckoo's Nest" (1975) and "As Good as It Gets" (1997.) He also won for Best Supporting Actor in "Terms of Endearment" (1983).