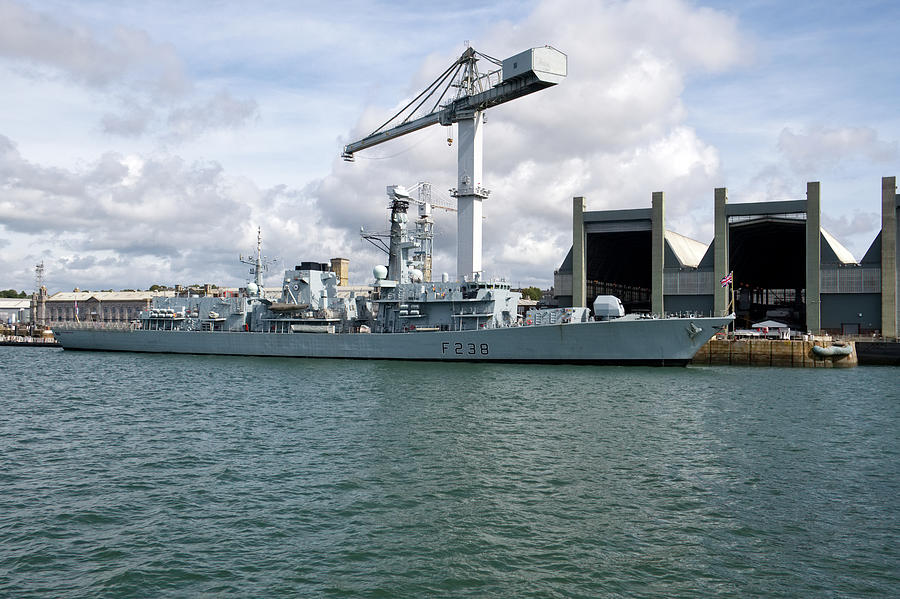 HMS Northumberland is a type 23 Frigate and was launched in April 1992 and entered service in late 1994. She was built in the North-East by the Swan Hunter yard and is affiliated to the County of Northumberland and reaffirmed her close ties to the area with a visit to the Port of Tyne in September 2013. She is based in Devonport when not deployed. HMS Northumberland was among the first ships of her class to receive the most advanced sonar designed to hunt down submarines and played a vital role in testing the new equipment with HMS Torbay as her quarry at a special test range in the Bahamas.