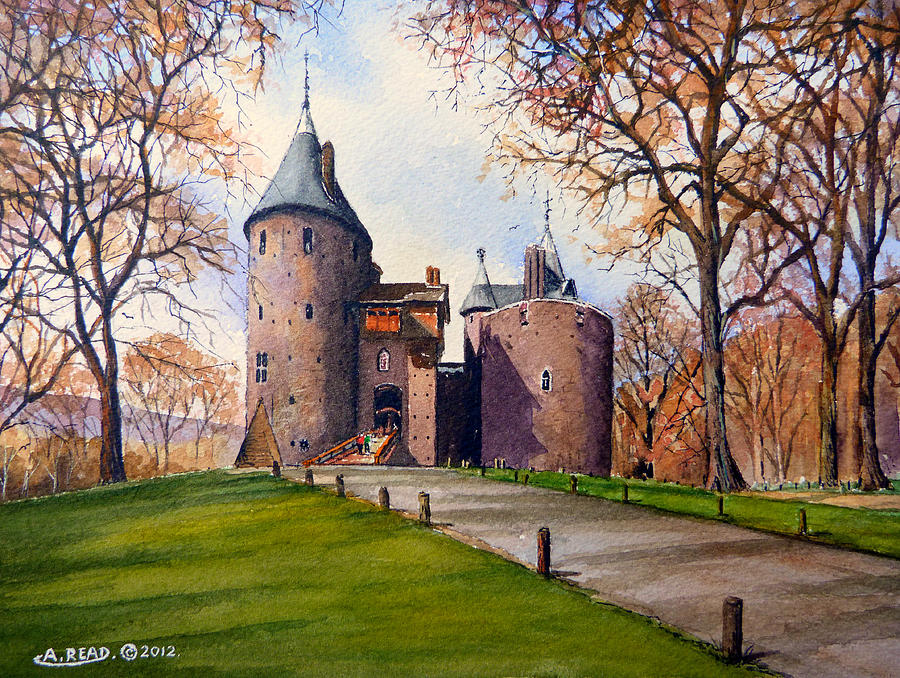 A 19th century Gothic Revival castle built on the remains of a genuine 13th century fortification. A castle was probably founded on the site in the early thirteenth century by a Welsh chieftain named Ifor Bach. In the late thirteenth century the castle site was claimed by the De Clare family because of its strategic importance, commanding both the plains area and the entrance to the Taff valley. The castle was rebuilt in stone and consisted of a keep, towers, an enclosed courtyard and a gatehouse.

Thank you so much everyone for the comments :)

Congratulations, your beautiful artistic work is Featured in the "Bedroom Art Gallery" group! 2/2/17

What a lovely watercolor! Beautifully painted and deserving of being featured on The Gallery Wall!

Congratulations, Andrew! Your superior painting was selected to be exhibited on the homepage of THE GALLERY WALL where our theme this week is all about "Town and Country."

Congratulations your work has been featured in “PAINTING THE OLD WAY”

I DID A PIECE LIKE THIS IN MY TEENS. I don't know what happened to it but yours brings back reminds of working all night to finish it. Awesome work.

Congratulations Andrew, your magnificent work is featured in our group The Art of Watercolour and our Facebook page!

A lovely painting of this enchanting castle. Beautiful! This images takes me there!

This is such a marvelous WC painting with detailing brushstrokes on paper and lovely colors! Love it and Pint it!

Thanks very much Jason :)

Andrew, this is a lovely painting of this fairytale castle. Seeing this image transports me there. Voted for this in the Castles contest. L/F

Adele, thank you very much for your kind comment and vote.

Thank you very much Annette!

Love Buildings like this and this one is Great!!

Thank you very much Stefano!

Extraordinary...love it ..great clarity..VF...saw it in the Beauty Captured group.

Wondeful for my eyes! L

Thank you Felicia, so kind of you.

Thanks a lot Rosemary!