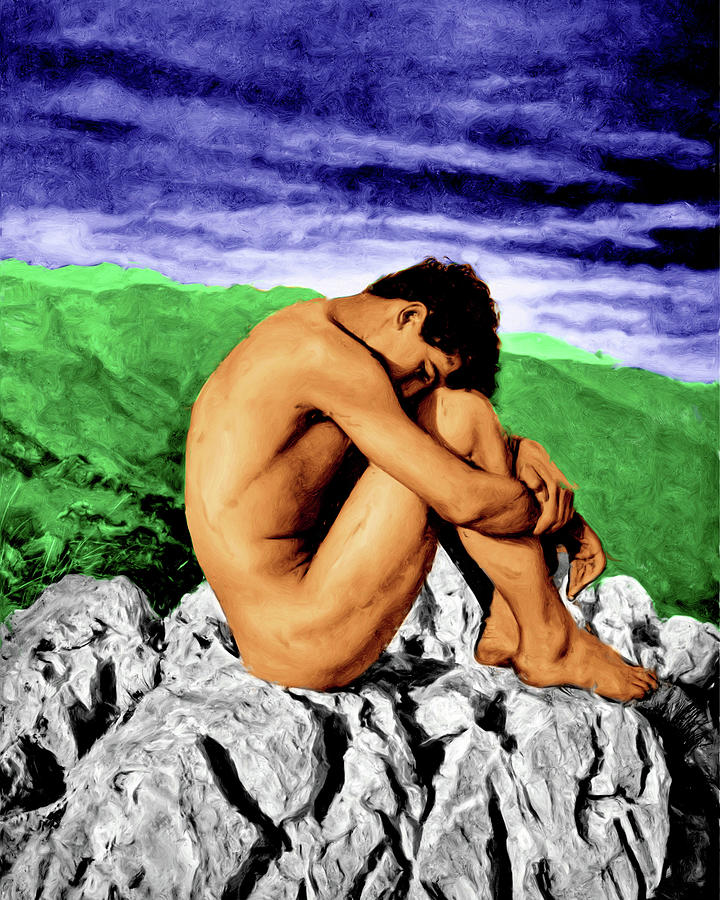 This is reproduction of “Caino” by Wilhelm von Gloeden of about 1902. Wilhelm von Gloeden was born in 1856 in Wismar, Germany and studied painting in 1876 until he was forced to leave due to tuberculosis. He went to Italy for his health and, except for three years during the First World War, settled in Taormina, Sicily. He became famous for his nude photographs of young men and was scrupulous in sharing his profits with his models. He exhibited in London, Cairo, Berlin, Philadelphia, Budapest, Marseilles, Nice, Riga and Rome. He died in 1931 in Taormina. This image portrays a naked young man lounging beside the famous Appian playing a flute. The modeling of young male nudes was a typical of the German’s photography. This reproduction painting is an oil on canvas and measures 24 by 30 inches. It is in the possession of the artist.