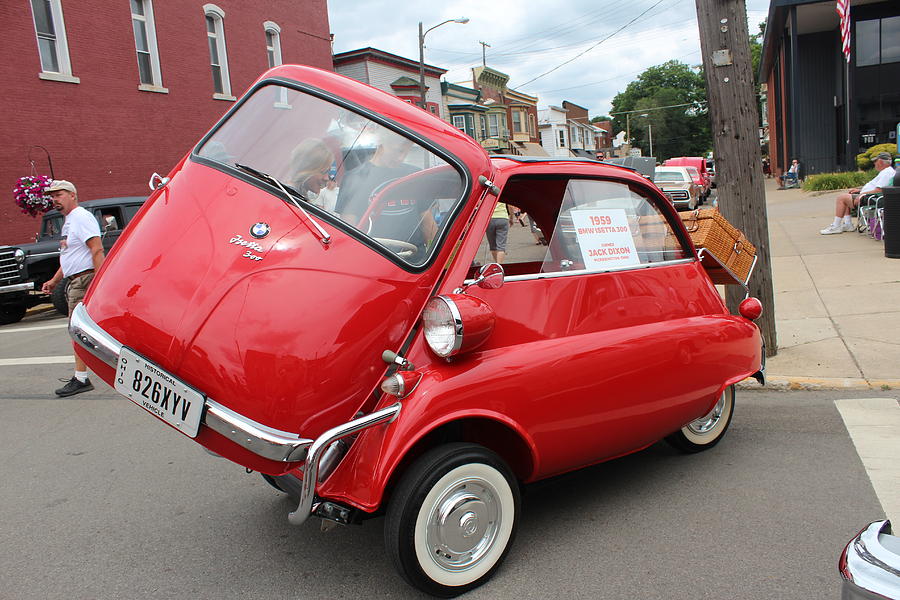 In 1956, the government of the Federal Republic of Germany changed the regulations for motor vehicles. Class IV licences issued from that time onward could only be used to operate small motorcycles and could no longer be used to operate motor vehicles with a capacity of less than 250 cc. At the same time, the maximum capacity allowed for the Isetta's tax category was 300 cc. Class IV licences issued before the change in the regulations were grandfathered and allowed to be used as before.[citation needed]
BMW Isetta 300 interior
BMW Isetta 300 � Sliding Window 4-wheel LHD version

This change in regulations encouraged BMW to revise their Isetta microcars. In October 1956, the Isetta Moto Coupe DeLuxe (sliding-window Isetta) was introduced. The bubble windows were replaced by longer, sliding side windows. The engineers had enlarged the single cylinder to a 72 mm (2.8 in) bore and 73 mm (2.9 in) stroke, which gave a displacement of exactly 298 cc; at the same time, they raised the compression ratio from 6.8 to 7.0:1. As a result, the engine power output rose to 10 kW (13 hp) at 5200 rpm, and the torque rose to 18.4 N (13.6 ft�lbf) at 4600 rpm. The maximum speed remained at 85 km/h (53 mph), yet there was a marked increase in flexibility, chiefly noticeable on gradients.

What a fine piece of artwork for me to proudly display on our Featured Artwork section of our Homepage of our Wisconsin Flowers and Scenery group! Thanks for sharing! LIKED & FAVED Randy B. Rosenberger (WFS group administrator)